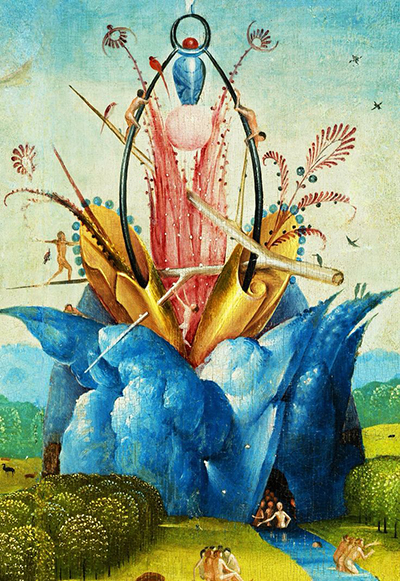 First I was a seabird. My mouth was full of oil and my small bird cunt was full of oil. I stumbled, squatted, laid a shimmering black egg. The relief team came in orange jackets, and they all had handheld cameras. There was a scuffle. Everyone wanted to wash me. It reminded me of school. I was four and wore small glasses. I cut my knee and two older gulls raced to the girl’s bathroom to get damp towels to dab the wound. Later, another girl tripped and smacked her face against the paving. Her flimsy head crumpled like a carton. White Jersey cream poured from the split. We formed a circle round her. No one ran for towels. No one called a teacher. No one wanted to wash the groaning seals.

Second I became a mother pig, locked inside a metal shed. I had a hundred piglet kids. Each was born incredible. One had a human nose instead. One was born with pendulous breasts. One entirely perfect, but a kitten not a piglet. I said to all of them, You are gods. You’ll become doctors, or lawyers, or family dogs. I guess I was naive. I was only five myself. I ate soya beans and seal blubber. I got sick and thin. I gave birth to a blue heart. I loved it the same, though it went sour in the hay. I birthed up a lung, my liver and kidneys. I thought that I would die, but they fitted me a battery. I watched as one stuck his arm deep into the cat and pulled out a link of grey sausages. A son, I said. I have a grandson.

I was the body of an ant that died within boundaries of a pet cemetery. There were rows upon rows of bright white graves, and I had been reading the inscriptions. All the dogs had died of asthma, all the cats of ear infections. I crawled into an urn and bathed in the ash of Doberman. I could feel the strength and size of it. Later, I took a flake of stick across myself and scraped it all away. I was a gladiator. I clenched my ant-abs and worked out lifting cocoa bark. I came to a grave fitted with a crystal that refracted sunlight. I stood at the foot and renamed all the colours. I called that one ‘Joy of Ants’ and another ‘Ant’s Salvation’. When the sun reached the high point at midday it hit me through the crystal. The thin line of heat singed me and frazzled my antennae. I took myself away to die among the lesser exhibitions: the shallow plots holding koi carp, rats and geckos.

I grew under the soil. I heard it rustle in the skins of other onions – how anything above got hurt by birds. After that I stopped wishing to be a strawberry. Still, my early roots hurt. Swelling hurt. The earth was like a nightmare, very damp and crawling. I dreamed that I was growing on a tree instead. In my dream I was hot and pungent. Sparrows cried themselves into blindness whenever they came close to me. I woke up with a tension headache. I was lifted. The earth groaned and gave me. I was placed on clean dishcloths. I watched closely. An enormous bird, holding its shining beak in its wing, pecking the black eyes out of a potato.