A Brief and Volatile Period 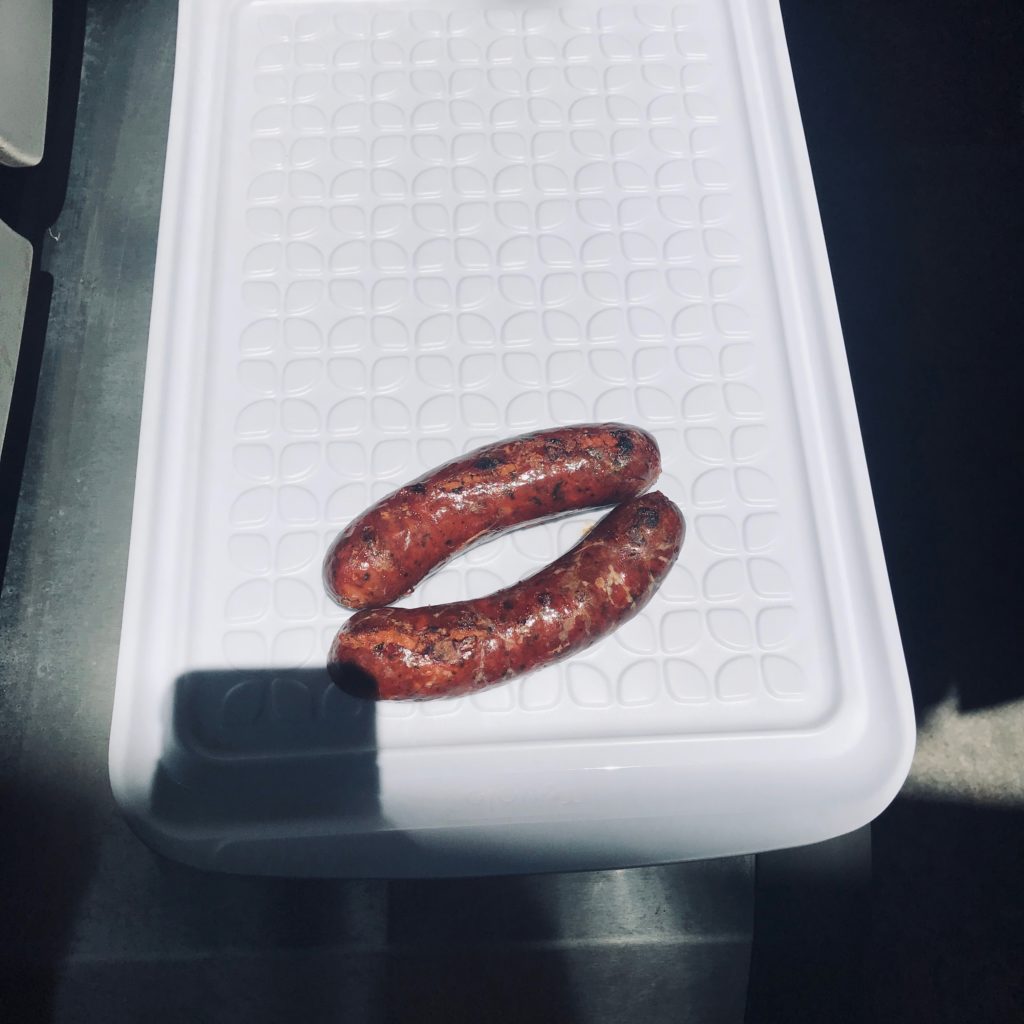 He placed the tub of store-bought salmon-colored potato salad on a fold out table next to the salads and sandwiches. The slanted sun sent thick, checkered shadows through the cross beams above, giving everything under the pergola a sacred feel. It was a one-year-old’s birthday party. The park overlooked the marina. He had come alone.
Is there mayonnaise in that? a woman—a stranger—asked. Her sharp chin jutted down at his potato salad. The lenses of her sunglasses were gigantic, giving her face the appearance of an insect.
Yes, I believe there is, he said.
Can’t be in the sun then, she said. It’s not safe for the mayonnaise.
He looked at her, then for a shady spot on the table. There was none.
The ground is too hot, she said. It will bake under there.
He grabbed two paper plates and tried to make a tent over the tub. It took him a few tries. But then a gust knocked the tent down.
He pointed at the coolers holding drinks.
Unsanitary, she said. People in the public restrooms with their hands, she said. Then they—
He stuck out his hand but she didn’t take it.
Mark, he said.
Judy, she said.
Judy, he said. What do you suggest I do?
It’s not my problem.
He put his hand back in his pocket. A sailboat in the harbor had trouble catching wind—the jib was limp, spastic.
Mark blinked, looked around, at Judy, then down.
Oh! he said, reading the label on the lid. It’s vegan!
Still, she said.
You’re right, he said. He grabbed a plastic fork and the container of potato salad and started eating it himself.
That’s one solution, she said. She grabbed a half turkey cranberry on wheat from the sandwich platter and took a bite.
Hey! Isn’t there mayo in that?
Yes, she said, dabbing the corners of her mouth with a napkin. But the bread is very porous. The breeze gets in and cools it.
Ah, he said. They continued to eat standing as toddlers buzzed around them, parents in pursuit.
This woman would come to be his wife for a brief and volatile period of his life.