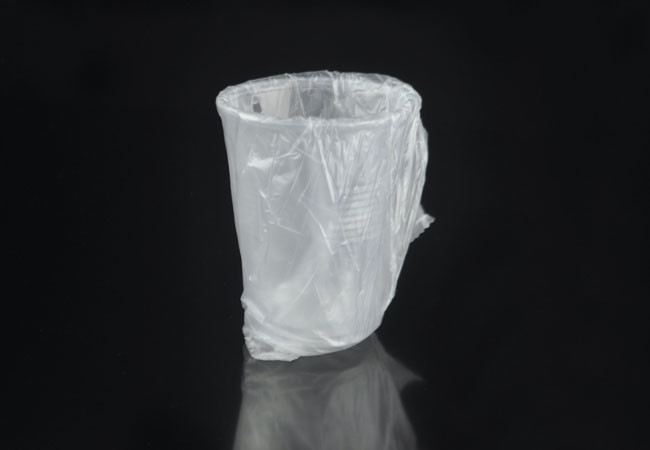 It’s what they all want. He says, “Can you blame me?”
I say, “I’m thirsty.” This body I have is new. Mr. C and I are both a little afraid of it. It’s too much—over the top. The way it moves and swells, the sounds it makes. Let’s keep the body happy. The body wants water. The body wants dick. “You’re so young,” Mr. C says, amazed. “I’m dehydrated,” I say, to show how serious.
Mr. Corpulent puts his camera down, takes the silver bucket and thunders out the door. Ice is crucial in hotel rooms. Never in your life has ice been so important.
While I’m waiting I try to picture how I look, what I am for Mr. C—me from the door he’s just walked out of, me from the other bed where his camera is resting. I can’t know.
People reach through their machines to connect in rooms like this one. There is a pad of stationary on the nightstand, little plastic cups wrapped in plastic. In the mirror is the body, reclining. She looks ripe. Ready. I try to match her throb but mostly I’m bored.
Fat is fine. Honestly, it’s my favorite part, proof of a man who wants and wants. That’s not my problem with Mr. C. He’s just—gentle. Big but small, he blots out nothing.
To convince me to meet him here, he took a whack at being clever. “Which is your favorite moon of Jupiter?” he asked. “Which is your least?” He was trying to separate himself from the rest. Who isn’t? I should’ve been more specific. Like: I need someone to smother light and sound, to smush me and smush me until I’m condensed. A modicum, a mote. A mite? Tiny, is my point.
“My wife is sick,” is how Mr. C explained himself. These machine guys, they all have someone horizontal to blame. They have dying women or dead women. They have cheating women full of heat, eating hearts, blood running out from their smiles.
The body perks up when Mr. C booms down the hall and back to the door. The lock is the type that takes a card. He sounds slumped out there—I listen to him fumble for a green flash. He is swiping the thing through at the wrong speed.
If he can figure out how doors work it will end this way: I will beg him to be heavy and the ice will come in handy. He’ll flash and flash his camera. He’ll pinch his photos with fat fingers and wave them about. The body will develop into something creamy. I’ll make him crop out the skull, per our agreement.
When a voice in the hall says, “Housekeeping,” Mr. C and I freeze but the body will let out her breath and turn from us, finished. She’ll stand up and pat her hair, use her thumbs to swipe the black from under her eyes.
“Now’s good,” the body will say to the door. She’ll pull it wide open while Mr. Corpulent and I rush to tidy ourselves. The body will spin on her naked toes and walk out, past the maid clutching her tiny tubes and bars, past the cart heaped with soiled and unsoiled sheets.
Mr. Corpulent and I will button and zip and the maid will blink at us, knock soft on the doorframe. We’ll nod. “Now’s fine,” we’ll say. She’ll pick a pillow to shake out and Mr. C and I will sit together on the edge of one bed, watching as she makes up the other.