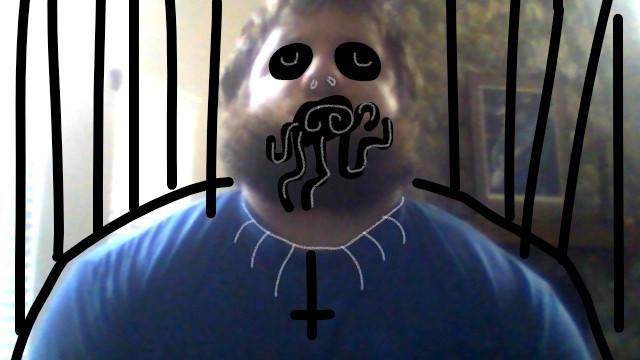 JO AND HER GREEN STATIONWAGON

My girlfriend and I are regulars at the gas station closest to us. It’s really the only late night option for water or a snack. So we ride our bikes through the bayou to see our favorite late night employee, Jo. Jo is probably 43. She wears her hair like a pro wrestler from the ‘80s. She drives a green station wagon filled with stuffed animals. The stuffed animals are arranged in the passenger side seat and backseat and are even hanging from the rearview mirror. She has them in some kind of order, with the biggest in the back/center and the smaller ones arranged around them, like a bouquet. It’s really beautiful. Sometimes my girlfriend and I stand on the sidewalk outside the gas station, drinking water and staring at the stuffed animal arrangement in Jo’s green station wagon. Sometimes I imagine Jo arranging the stuffed animals. Or maybe acquiring a new one and being excited about where it will fit in. Do they have names? Basically I’m saying Jo is flawless and I will always be in love with her. Like even if it came out that she killed a hundred children, even if it was extra terrible like she threw them into a woodchipper, you know, or boiled them in a giant vat, it’d still be like, yeah well, check this out, look at how she arranged these stuffed animals in her green station wagon.

There’s a lot of billboards in Florida. Most of them involve death. Saw one yesterday that pictured an old lady dead in a casket, wearing a dress. The caption read, ‘You said you wouldn’t be caught dead in that dress. Well now it’s too late.’ Wasn’t quite sure what it was an ad for. Like what, death dresses? Legal arrangements for casket attire? Dinosaur costume ALL THE WAY for me. Or maybe, ‘classic mummy’ with the wrapping. A lawyer shuffling some papers, eyebrows raised, ‘So classic mummy then?’ There’s a teeth whitening billboard right at the edge of town, overlooking the bridge over the bay. It shows a woman smiling. Her teeth are incredibly white, almost a second moon over the bay. My girlfriend and I always worry about the woman shooting lasers at us when we bike over the bridge. And I don’t know about her, but I’m actually worried. I’m very very worried. Worried for that moment when her eyes glow bright for a second, concentrating a beam, then blast me with a heat ray as white as her beautiful teeth. Turning me into ash to be blown off the bridge into the bay.

There’s a lot of lawyer-related billboards too. Like with a lawyer on a motorcycle pointing at the camera, or arms crossed back to back with their partner. The biggest law firm in the area has a billboard with a close up of both lawyers. One is very bald. The bald part of his head extends up over the normal rectangular shape of the billboard, which–as my girlfriend points out driving past it tonight–means that someone somewhere has to print just the bald part.

‘You know what I mean?’ she says. She’s doing a motion with her hand as if trying to grab something out of the air. ‘Somebody has to print out that part of his giant, bald head.’

‘Yeah,’ I say, smiling. I saw the bald part slowly emerging from a printer and laughed. ‘Yeah fuck.’ I did a gruff voice: ‘“Hey Larry, needya ta print up another one of the dome parts.”’ Both of them waiting as it slowly prints, holding it so it doesn’t bend then loading it into a truck. Fuck.

‘It would look crazy without it though,’ my girlfriend says.

‘I really don’t care either way,’ I say.

Sam Pink is the author of many books, available through Lazy Fascist Press. His next book The Garbage Times is forthcoming from Catapult Press. Look at his Twitter here and buy his art here.