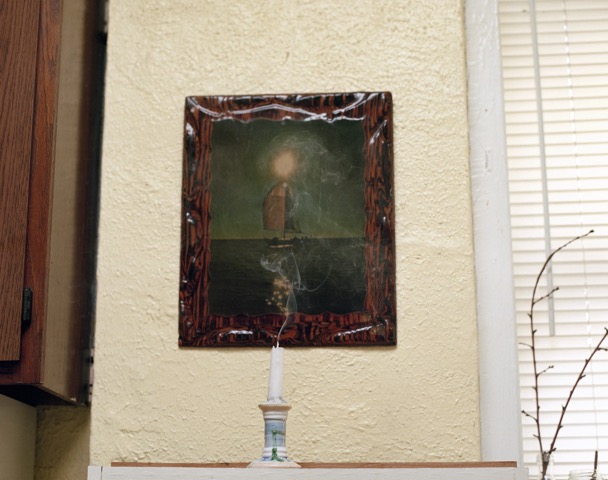 The Marine Biologist is on his way to the park, on his way into the park and he sees the kid looking through a patch of clovers.
Like the colloquial kid, not really a kid, just younger. The Marine Biologist could fill anything up with thoughts like this.
He wishes the kid well, Hey good luck today, Clover Kid. The kid stops combing through a patch of clovers to wave back and says, Thanks.
The Marine Biologist feels good in the park so far. Nice day.
In the park and on his way to his bench. It is on the other side of the park, but he can see it clearly from where he is.
Another trip to his bench.
The Marine Biologist wants to do what he can to avoid making this going to the bench—his bench—too big of a habit. Too many habits to keep track of in the day. A habit out of keeping track of habits. It’s how it goes and goes on for him.
One idea he has is to construct some systematic balancing: One day he will leave at one time and then another day another time then the third day still another. This way he will have a more well rounded perspective of the bench, too, than say, if he were to go to the bench everyday at 3pm. His bench.
And on those days when someone is sitting in his bench, he does not feel comfortable and does not sit there. The Marine Biologist worries that these bench-sitters might talk to him, or ask him how he’s doing or say something like, nice day, huh? They’d always want to know.
Luckily today is fine. He is happy because the sun is out again, for once. He sees from across the park that his bench is still empty.
Perfect.
The Marine Biologist enjoys the brushing the grass makes against the fronts of his shoes as he walks to his bench. The municipal grass sways all in a uniform but its color ranges in golds and greens.
Concrete paths and grass, he sits on his bench.
He wishes that the act of people sitting didn’t have to wear away the grass underneath benches. No park benches have grass underneath.
Dirt, old mulch, gravel, concrete. Or some combination.
The Marine Biologist sits all the way to one side of his bench, as he usually does, so the other park goers don’t think he’s the type of person who takes up a whole bench, purposely, by putting bags and belongings on the bench or by sitting the certain way that takes up more room than needed for leisure or for comfort. He also tries consistently to not care what park goers think, like the people who do take up the space.
No way would the Marine Biologist do that. Didn’t understand the people that did that, both things or could. Another thing for him to worry about.
He would handle it like this: he would just get up and leave if someone sits next to him, maybe look at the person, tight lipped. When someone tries to share the bench, his bench. Yeah right.
And of course, just a moment after sitting down this day, in his bench the retired Marine Biologist thinks of something funny he wants to ask the kid. He knows what the kid is looking for but he still wants to ask, You drop something in there, bud? Thinks it’s funny.
So the Marine Biologist gets up from his bench and walks over to the kid in the clovers, You drop something in there, bud?
The kid never looks up.
And when the Marine Biologist looks back at his bench he thinks, Well that’s too bad.