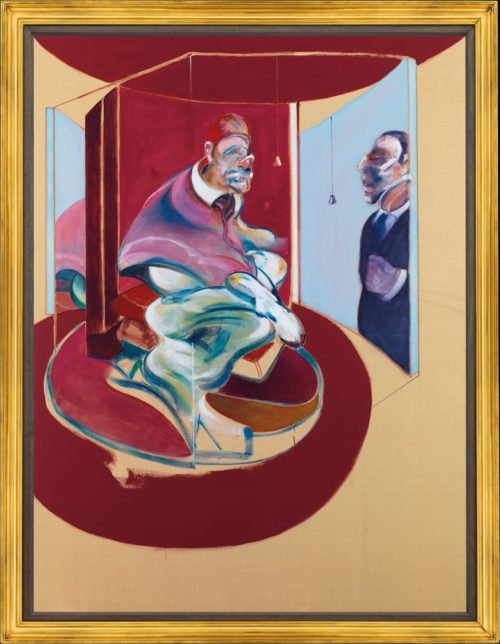 After Tess and I broke up she came down to the club to heckle me.
We’d just split up the month before.
“I was on the internet yesterday trying to buy condoms,” I said. “Who knew you could get used ones for half the price?”
“Wow,” Tess shouted. “Another dick joke.”
After the show I cornered her outside the club, some goon attached to her hip, kissing up her neck. What was she trying to prove?
“It’s your turn now,” she said.
“What do you mean, my turn?” I asked.
“My mother was sick,” she said. “And you left.”
She had a point.
“I’m sorry,” I said, “Let me explain.”
But there was nothing to explain.
After that Tess kept away, but I couldn’t get her heckling out of my head. One bad show became another. Every line felt phony. Every crowd was silent. No one even cracked a smile. The lights were hot. I was a wreck. I couldn’t keep the microphone straight in my hands. My heart busted out of my throat.
Weeks passed.
I didn’t know what was a joke and what wasn’t.
I decided I had to get Tess on the line. If I got straight with her, maybe I’d get my step back on stage.
I needed to sort out what I wanted to say.
Jib, the club owner, walked up.
“That whole gag tonight about being empty inside,” Jib said. “Hilarious.”
I looked at my phone. Jib touched my shoulder.
“Maybe take a few weeks off,” he said.
“Jib,” I said.
“Your damn dick is getting chopped off up there.”
“I’ve got rent,” I said. “I’m almost back. One more night. I just need to get sorted out.”
His phone rang, he picked up.
“Call me in a few months, hey,” he said and walked away.
I snagged my bag, went outside, sat on the curb. It was a cool spring night, the air static, the moon rolling up the sky. Crowds waited on the sidewalk, yapping into their devices. I sat there for a while, my head feeling full.
Thirty years old, I thought.
My phone rang. I answered without looking.
It was someone set on saving me money on car insurance.

I didn’t think too much more about anything. I got in a cab and gave the driver my parents’ address on Long Island. It was midnight by the time I got there. I walked in and found my dad alone in the dark watching the Lakers game. I sat with him and watched the last quarter. He had a head of lettuce between his waxy hands. The place reeked of vinegar. My mother had been snoring strong in their bedroom since I walked in. Dad said she had a toothache.
“She go to the dentist,” I said.
“You paying?” he said.
He turned the volume louder on the TV. I watched his eyes flit back and forth to the screech of sneakers.
A commercial came on.
“Enough with this bull crap!” he shouted. “Get back to the game!”
The crowd sang. My father ate his lettuce like an apple.
“Why are you eating it like that?” I asked.
“Don’t worry about me,” he said.
“Since when are you a Lakers fan?”
My mother hobbled into the room, eyes clenched to the TV light, one hand on her jaw, the other fixed to a plastic cup.
“Ma. Feeling better?”
She spit into her cup. Went back to bed.
My father looked up from the game. “Hey, where’s that ginger gal of yours these days?”
“She’s working.”
He stood. “You goddamn little pussy little bitch,” he yelled at the screen. He spun around like a dog and fell into his seat.
“Listen, I’ve got to move back home for a little bit.”
He dug his fingernails into the lettuce.
“They can’t rebound for shit,” he said.
“Dad,” I said.
“How old are you,” he said. “Thirty-three? Your brother’s got three kids and he’s thirty-one.”
“He’s twenty-nine.”
“Why not just become a cop like him? Women like a uniform.”
We sat for a while without talking. The room felt as small as a dollhouse. On top of the TV, I noticed an old trophy from my high school basketball team. My father pushed the volume higher and a message lit up my phone: Snow tomorrow. Expect a few inches.
My father said, “Still trying to tell jokes?”
“You know it’s supposed to snow tomorrow?”
There was two minutes left in the game.
“Think I’m gonna sleep on the couch. That cool?”
He turned and looked at me. His eyes widened and he dropped the lettuce to the floor.
“Oh shit,” he said. “Here we go again.”
“What’s wrong?”
“Bang on my back, will ya!” he said. “Quick. Hit it!”
“What?”
“I said bang on my back. I’ve got this gas shit all hot up in my lungs.”
He belched twice. He looked tired. He looked old. He looked sad.
“Hey,” he said. “Don’t just sit there.”

After he went to bed, I tried to sleep on the couch. A spring coiled into my ribs and my parents wheezed through the walls. I went outside. Hoisted myself onto the roof of the house. The moon was weightless above the skyline. Backyards, pools, fences lit up, resting in the white luminescence. I saw time hurry — clouds through the moonlight.
I pulled out my phone and considered Tess, then put my phone back in my pocket.
The neighborhood was motionless. TVs beyond the trees flickered blue through living room windows.
When I was a teenager, I’d come up here to smoke a joint, blast my Walkman, stare into the stars, or duck out when my parents went at each other. One night my father ripped the TV off the stand and hauled it onto the living room and sat watching it on the floor. My mother threatened to open her throat with the same razor she shaved her legs with. “You think you’re the big man breaking shit like that,” she yelled, chucking a shoe at him. My brother sobbed till the sun showed up. I don’t remember what I was doing.
I looked at my phone again. We were now expecting three and a half feet of snow. I checked another website to make sure I hadn’t lost my head.
The site claimed four feet, a brutal wind.