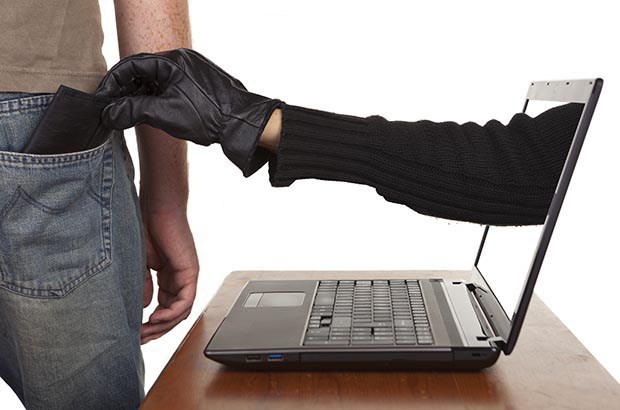 a partial history of catfishing

i used to have big plans for myself
now i’m content to work 4 days a week in a movie theatre
and exchange okcupid messages with finnish models when i get home
at least i think they’re models, they’re definitely finnish
but it could be another catfishing
i have a history of getting catfished
although i’m not sure if that’s the right term
i never got scammed out of money
and there were no fake pictures
there were never any pictures
just a series of romantic deceptions
primitive catfishing, basically
i was getting catfished as soon as i got on the internet for the first time
as though the universe couldn’t wait to deceive me
and i loved it
i was 12 and people were taking advantage of me and i loved it

there was one girl from new jersey who strung me along for weeks
she said that due to our common interests (ranch dressing and limp bizkit)
we were soulmates, and i believed it
i remember she wrote I WANT US TO GO OUT in all caps
and i really thought we were going out
and i really felt i was in love
i thought about her name when i was in school
i remember being in french class and thinking about her and getting butterflies
we spoke on the phone a few times, although speaking is a generous term
i think our phone calls lasted like thirty seconds each time, each one mostly silence
i was afraid to speak not only because i was in love
but because my voice was changing and cracking
one day we just stopped chatting
but i kept in touch with her best friend
i remember the best friend’s screen name but not the one i was in love with
eventually we fell out of touch too
from time to time, though, i have googled the name of the one who broke my heart
the best result detailed a bitter child custody battle, which she lost
because she was a horrible mother with a drinking problem
and i was like, serves you right, christina

another time i chatted with LAgirl42, an entity claiming to be britney spears
and i believed it, it didn’t even take LAgirl42 much time to trick me
probably a few minutes at most
in retrospect i imagine that person pointing to kentwood on a map
and pointing to the screen name LAgirl42
back and forth, as an offering of proof
i remember chatting with LAgirl42 before a school dance
and telling LAgirl42 that i was excited to hear her music, even though irl i hated it
i would’ve done anything to get LAgirl42 to say “haha” or “cool”
recall the rolling stone covers of 1999 and 2000
they were basically softcore for suburban boys
i was particularly drawn to the 2000 photo shoot with the flag imagery
it was sweet and honorable to be lusting after those images
imagine a pubescent boy thinking he’s chatting with the person in those images
i felt like i was in love again
i thought about the screen name when i wasn’t online
“LAgirl42” floated around in my head
much in the same way eddie adams visualized the dirk diggler sign
seems fucked in retrospect that they sexualized britney so young
but after that time, the time before the dance, i never saw LAgirl42 online again

scammers did this to me

i’m not trying to say that i did it before it was cool
but due to my experience getting romantically scammed as a young boy
i now think it’s kind of bullshit that this is happening to adult journalists
like, i can see a 12 year old falling for it, but you?
now i don’t trust anybody
and i’m afraid to open up
and i don’t communicate my true feelings
not even when i live with them, and am in love with them
and have raised a kitten with them
because of scammers
scammers did this to me

the core elements of my being are discomfort and desire
but you wouldn’t know it from looking at me
after my death, existential archaeologists will uncover
convincing evidence of lively civilization

this next scam is one of the most enduring
i took acid with friends and nothing happened
they tripped, they had a great time, and i was totally sober
that’s not entirely true
i felt sort of drunk and high, but not really
but i definitely wasn’t under the influence of the acid
it was my first time taking acid and nothing happened
i had prepped for the ~voyage~ by listening to “listen to the lion” by van morrison
i thought a lion, or van morrison, or a mixture thereof would be a good trip guide for me
my friends and i all had the same dosage
which evidently was enough for them
to lose themselves in whatever ether they thought they were in
we’d gone to a rave in the IBZ
the industrial business zone?
nobody called it that, but it was written on street signs
it was at the old house of yes, the one on maujer
remember bushwick in 2008
i do
because i was sober because the acid wasn’t working
imagine me pantomiming checking a watch
i didn’t have a watch, but it’s possible i pantomimed checking the time
like, uh, so when are the scales supposed to fall from my eyes
everyone was freaking out to some remix of don’t stop til you get enough
and i hadn’t gotten any, let alone enough, so i stopped and left to smoke outside
i remember some guy in short shorts bummed a light from me, his name was david
he said, your lighter matches your shirt, by way of thanks and farewell
and i said, that’s why i got it
and he stopped and turned and looked at me again
and he looked at me like he wanted to go home with me
and i briefly thought about it
but i didn’t want my first gay experience to happen while i was tripping
so i just ignored the signals he was putting out, and david disappeared
but i never tripped, so maybe i should have hung out with david
so i smoked and then i ghosted everybody i came with and walked home alone
utterly disappointed that my first acid experience ended this way
scammed by bad acid
or by my internal chemistry, i really don’t know
later i was lying down on the floor of my room, listening to robbie basho
and for about 5 minutes the music became really beautiful
but i don’t know if that was just robbie basho being robbie basho
or if the acid was activated by robbie basho’s weird yodeling
and i wondered if david would’ve liked robbie basho
anyway, it was somewhat psychedelic
and then i fell asleep
the next day i felt more fraudulent than i ever had in my entire life
i felt like i had scammed myself
out of what, i didn’t know
you’re the first person i’ve ever told about this
did i scam myself out of a meaningful drug experience
or did i scam myself out of a meaningful romantic experience with a man
i didn’t know, and i still don’t, i tend to avoid meaning
step around it like a bear-trap
so i went to go day drinking with some other friends
the ones who weren’t into taking acid or going to bushwick
my steadfast friends, the ones who always had the same jobs
and the same girlfriends, and later wives
meanwhile, i’m still faking it