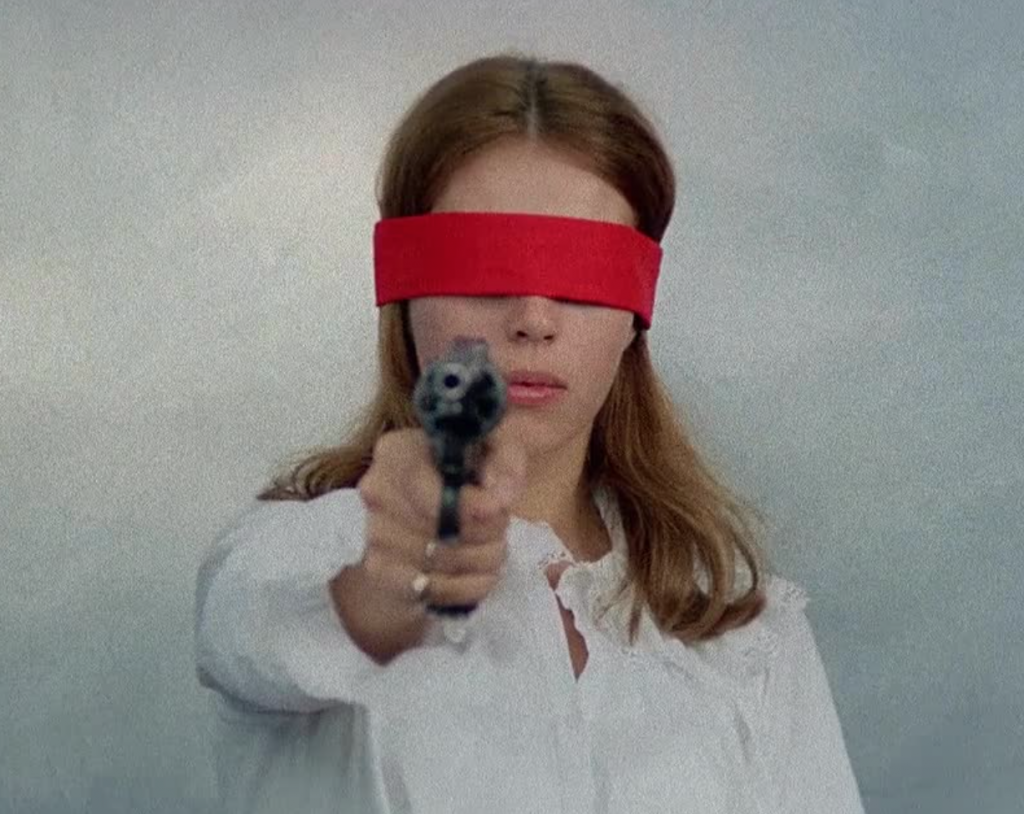 On the back of his bike, doing 80 on the highway, I considered letting go, just to ruin his life.

My arms around his waist were the only thing restraining me. But I knew it wouldn’t ruin his life. Not even close.

The blur of the billboards and the desiccated chollas and the cars we dodged got blurrier. I tightened my grip.

Dad taught me how to shoot pool when I was twelve, insisting that I get good at it, telling me it was important. “You live by the cock, you die by the cock, I’ve always said.” I nodded like I understood.

“I never fucked around on your mother, remember that,” he said as he lined up a shot for me. “Get your eye level with the table. Take your time.”

Three weeks later I went to my first middle school party at the rich kid’s house on the edge of town and bet an older guy 100 bucks that I could beat him at a game of pool. I won by a hair and he called me a bitch, but his friends seemed impressed. Dad beamed when I showed him my little stack of twenties the next day.

The first girl I ever fell in love with was obsessed with capturing the popular boys. She didn’t care if they were stupid or cruel. She said she just loved the way they felt inside her. “The more popular they are, the better their dicks are, it’s a fact,” she said. I was pretty sure she was a virgin.

I watched, spellbound, as she applied lipstick like a pro, without ever needing a mirror. She did it in their presence, in front of the lockers, watching their eyes watching her lips. She flipped her hair after putting the lipstick cap back on, acting mildly annoyed that they were paying such close attention. It worked every time.

I asked her how she learned to do it and she said, “Start with lipgloss, then work your way up to lipstick,” not understanding that I’d meant all of it.

It was a series of foreign languages I would never learn.

The first animal I saw get killed was a cat. The neighbor drowned it in a bucket, his eyes daring me to look away, to freak out. I was 14, older than him, capable of stopping him. But I’d been caught off guard when he said “Hey, c’mere,” and I just stood there, paralyzed, looking at the cat, the bucket, the hose on the ground next to him.

I told Dad and he said, “I’m taking you to the shooting range next weekend, don’t let me forget. You’re gonna learn how to hold a gun.”

But he was proud that I hadn’t flinched at the boy, the drowned cat. “The minute you give them what they want, they start taking more.”

By the time I met him I was pretty far gone. Sixteen and hiding inside myself, ugly and awkward and tired of not being loved back.

He was the first person to say “I love you” like he meant it, though he only said it once he was six beers deep. It didn’t matter. And he was a gentle drunk most of the time. Most nights he would pass out on the couch with a smile on his face.

On the back of his bike I was no one and nothing. I hadn’t known such a freedom was possible.

He told me I didn’t need to learn how to drive, that he could drive me anywhere, that he would pick me up from school if I wanted. I had told him that Dad was going to teach me how to drive a stick so I could get my license and maybe even a job. I saw a rage boiling in him when I told him that.

He drank faster after that. We fought. He was stronger than he looked. I was dumber than I looked. When his friends came around, they looked at me with sadness in their eyes until they drank enough to erase it.

Soon all I could see was the rage boiling inside him, like he was vibrating with it. Once I saw it, I couldn’t stop.

He told me I should drop out, that I could live with him rent-free. He said he would save up and we could leave, go far away and start over. I worried what would happen if I said no.

A few weeks later Dad noticed a bruise on my wrist, and a look came over him like nothing I’d ever seen before.

“You have to live your own life,” he said. “But you better know by now, you can tell me if it’s more than you can handle.” Tears fell hot and fast as I whispered, “It’s more than I can handle.” Dad nodded. It was all he needed to hear.

That night, we made a plan. We would drive to his house around midnight, when he was sure to be asleep on the couch. Dad would hold him down, and I would hold the gun.