excerpt of “literally show me a healthy person” 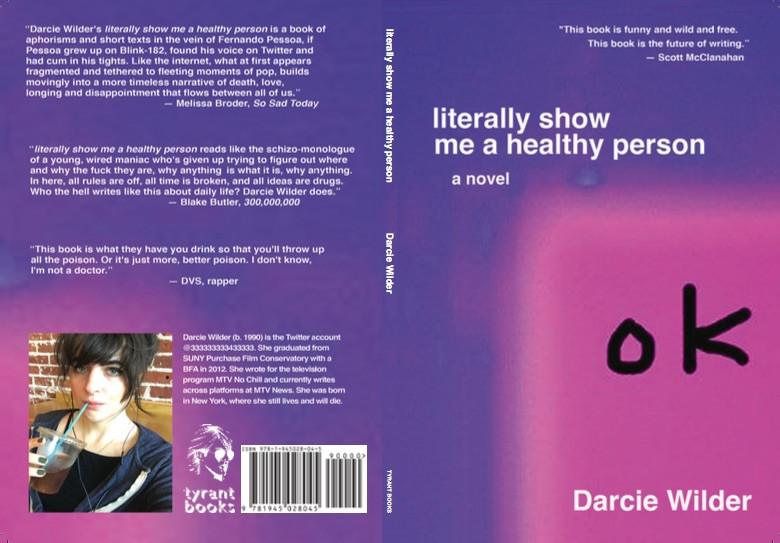 grammar question: do you wake up “with terror” or “in terror”?

plan b is kind of a party drug

godiva is my least favorite regular spam email i went there once to get my grandma a nice birthday gift today is her birthday again and i missed her call because i am playing music from my phone in the salon today but when i bought her chocolates the guy behind the counter asked if i wanted to be put on the mailing list and get a free piece of chocolate and i specifically asked i remember very vividly asking if they would do this and they said no so i said my email at gmail dot com and i picked whatever disappointing chocolate that i didnt enjoy and then pretty soon afterward i got godiva emails every single morning at 9:18 am and sometimes it says it’s sent from piper, which is a name of a kid i babysit so i’ll think she’s emailing me and i’ll get super excited and i’ll even open it and it’s not her it’ll be this chocolate peddler. ive unsubscribed several times and marked as spam even more but i still get messages

one Tuesday morning i called my dad to say hi and i asked what he was doing and he said “buying life insurance. you’re welcome”

when i was ten i helped a holocaust survivor in my building sell pottery every saturday morning on the corner and i would set up her table and break it down at the end of the day and one day there was a baby bird that was on the ground i didnt know what to do and thought that my mom would know what to do and she might come downstairs to visit so i didnt do anything but my mom never came and i was taking apart the table and i turned around and the bird was dead the bird’s belly was flat and laid in a pool of its bird blood and intestines and heart i had stepped on the bird i killed the bird i told the old woman and she said “oh no,” and laughed it off and now when i visit she doesn’t recognize me in the hallway

steve did you ever love me

i will do your taxes

one birthday i was on snack duty and convinced everyone we should buy six pounds of shrimp and a birthday cake. madeline made us buy two bags of pretzels we left unopened around the shrimp. emily said her mom only ate pretzels and when she pulled out the parking lot started projectile vomiting

i want everyone ive had sex with to fail

in dunkin donuts i asked dad if he knew we’d hang out again after he met me in the hospital after i was born and he said, “i think i had an idea but you know: i don’t ask your brother about his relationships, i don’t ask you about your relationships. but i want you to know that no matter what happens and what you do or don’t do you won’t turn into a pumpkin. i was 28 when i met your mother.”

I’d be a bad wife but a good ghost

im reading “27 people harry styles dated in 2013” the only phrases i’m letting myself be allowed to use this week are “no substitute for a mother’s love” and “i cant even hear the noise anymore,” alex asked me how long i thought i could go, dead, before people found out i said three or four days. he thought two months

two weeks after malt liquor monday the condom fell out

baby poodle backflipped/fell on his noggin and i laughed out loud and the man at the pooch and poodle shop gave me eyes like i the goofball!

not everyone has hair, teeth

list of my dad’s advice: stand by the wall or someone will push you on the tracks, never cut off your tongue, if you fall on the rink make a fist or ice skates will cut off your fingers, avenues go north/south, never stay in a relationship for the sex, never cook bacon naked, never make a right turn going over ten mph, only say that stuff behind their back, don’t touch the third rail, drugs and alcohol just slow you down, put bacon fat in old cans in the freezer, never get married because you think it’s something you should do, and, at the hospice ATM emptying my mom’s bank account: more than one way to skin a cat

yall hear that everything on the internet will be deleted thursday? fucked up, right

literally show me a healthy person, a novel by Darcie Wilder, available now from Tyrant Books