excerpt of The Sarah Book 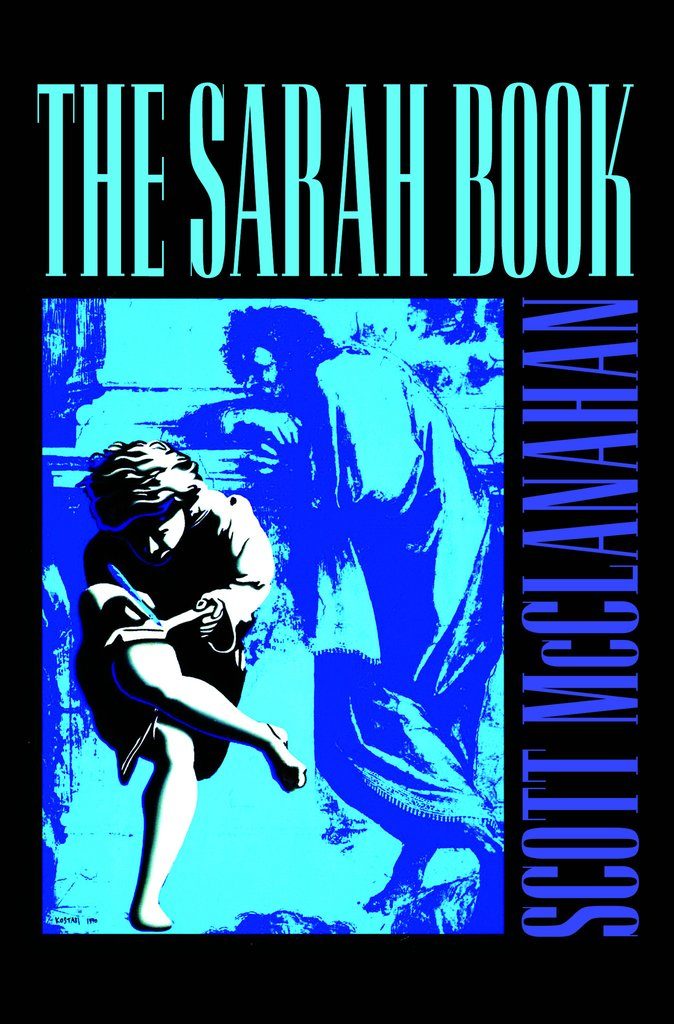 I told her I’d do better and I told her I’d stop drinking and I told her I’d take better care of myself and I’d cut out all the shit like eating chicken wings every night by myself and drinking and we could eat like a family again.  I told her I’d go to therapy and I said please Sarah please Sarah please, but then Sarah said no.
Sarah said, “I’ve been trying to get you to go to therapy for years.  I’ve been begging you to stop for years. And all the molestation stuff that happened when you were a kid.”
So we stood and stared at one another and it was quiet and our faces were saying sad things.
I scooted away from her and then I stood up to say goodbye.  I looked at her and I wanted to say something memorable and I wanted to speak the truest thing ever said between us.  I wanted to say something that made her reconsider and remember who we were, but all I could think of was this, “You sure you don’t want to have sex?”
Then I said, “You know, like a ‘For the good times’ thing.  Like a ‘One for the road’ thing.”  She smiled and I smiled and she said she didn’t think we should.  I said, “Well would you at least think about it?”  Sarah told me she’d think about it as long as I promised not to kill myself and I told her I wouldn’t kill myself.  Then we both smiled.  This meant something.  Sarah might have sex with me again if I promised not to kill myself.
I left the house that day and I drove to Wal Mart.  I decided to sleep in my car that night and I decided to do all the things I couldn’t do when Sarah was around.  I walked inside Wal Mart and I bought a case of beer.  I bought chicken wings from the deli.  Then I took my bag of groceries and I went back and sat down in my car.  I said, “This isn’t too bad.”  I opened a can of beer and I drank it down.  I felt the bitter bubble in my mouth and then I swallowed down the cold.  I opened up another can of beer and then I drank it down too.  I watched some porn on my phone and I masturbated. I wondered if the Wal Mart parking lot cameras could see me, but I didn’t care.  I didn’t have anything to clean up with so I used a baby diaper I had in my front seat.  I drank another beer and crushed the can and I threw it on the floorboard where it gathered with all of the others like little brothers.  I made my little pile of a shiny can family.
I opened up the container of chicken wings and I pulled one out.  I held the wing upside down all possum style and then I put it to my mouth.  I ripped at the skin and garbled it down and I felt myself getting fat and I felt the whole world getting fat. I tore the meat from the chicken bone and I felt the chicken wing sauce sting on my lips and on the sides of my cheeks.
Then I talked to the chicken wings like they were still alive and I asked what the future held for me.
And the chicken wings just laughed and whispered a single word, “Pain.”
I asked the chicken wings what the future held for all of us, what the future held for you.
The chicken wings just laughed and whispered, “Pain.”
Then they laughed some more like maniacs and the chicken wings told me I was going to lose my mind starting now.  I would want to die every day and there was a good chance that I wouldn’t make it out alive.  They said I was getting ready to live the worst part of my life.  They said the planet earth was dying anyway and they said the end had come and it was the Day of Judgment.  Global warming and now the Day of Judgment was coming soon.  They said human beings were over and done with and that the chicken wings were taking over.   I just leaned back in my seat and smiled and said, “This sounds like a good time. This sounds like fun.”

_____
The Sarah Book by Scott McClanahan will be released by Tyrant Books this June.

Previous post
excerpt of “literally show me a healthy person”
Next post
Why This Book Is Important and Things I Like and Don’t Like About It, Plus Biographical Information About Me A Book Review of OK by KOOL AD