I Know About Micrograms Now 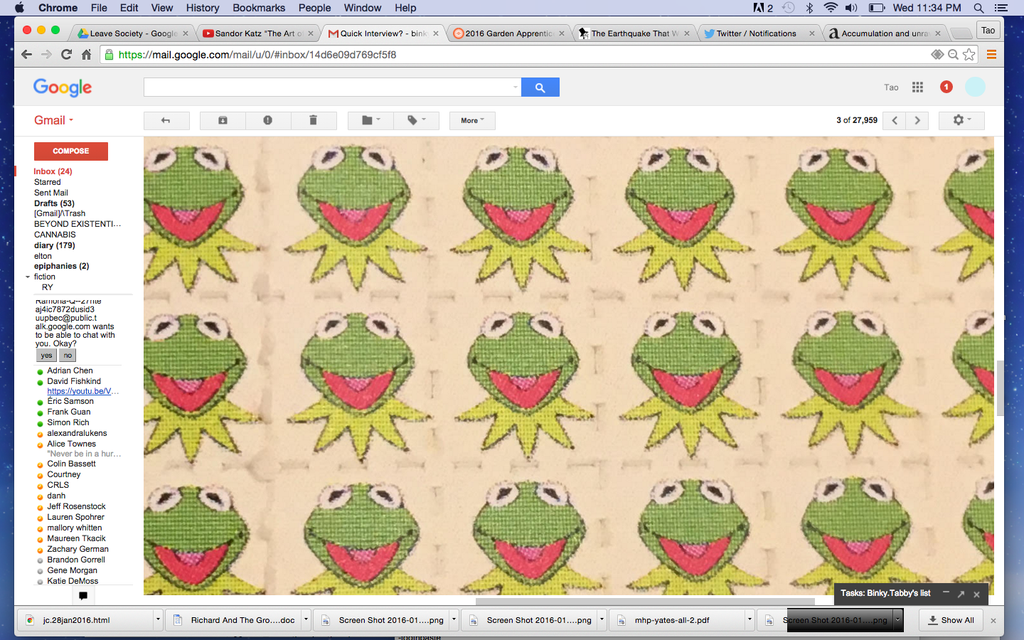 Drugs I use in 2016 are measured in grams and micrograms.
.3 grams of cannabis baked in my oven, 1 tab of LSD
quartered into ~37.5 microgram parallelograms.

Population Reference Bureau estimated in 2011
that ~108 billion humans have ever lived.

The effect of 108 billion molecules of LSD
metabolized in a person isn’t consciously noticeable.

The effect of 150,000,000 billion molecules of LSD
metabolized in a person is surprising and intense
and can be profound and/or scary.

***
Tao Lin is the author of eight books. His next two books are a nonfiction book titled Beyond Existentialism and a novel titled Leave Society, both forthcoming from Vintage.