She Had Wanted To Be Closer To The Ocean 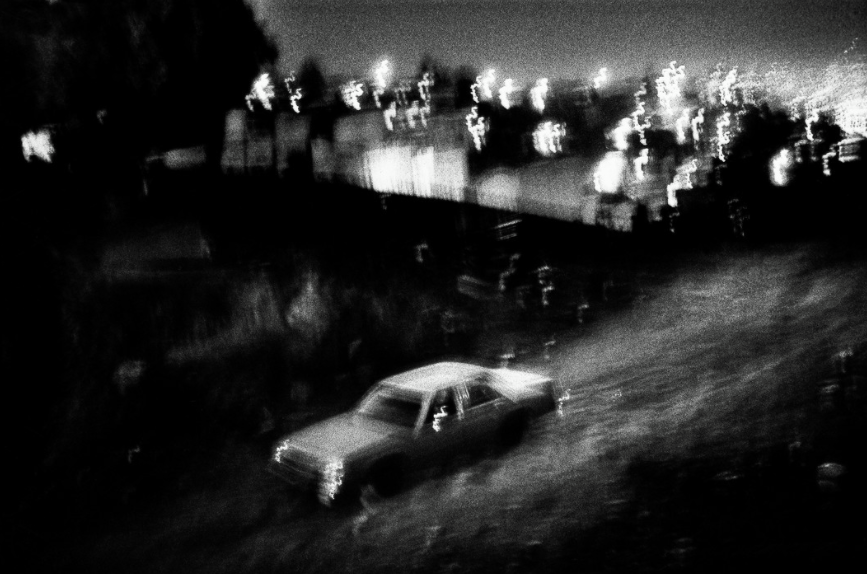 He could close his eyes but not his ears.  First the downstairs neighbor, a mechanic.  Then, the sudden barking of a dog next door.  He was reminded of the busy street a block east of their bedroom window.  Things far away seemed just below.
Cars in the distance wound up then vacuumed by. He got up and turned on the fan for its hum and returned to the bed.  The room grew cold.  He got back up and turned off the fan and turned on the space heater.  He strained to hear its purr.  The room turned hot, stuffy.  A motorcycle tore the sky.  He tossed away his side of the sheets.  The window rattled.  He stared across the room at the window.  He studied his sleeping girlfriend’s face for an answer.

In the living room, he emptied the bookcase and removed all the shelves.  He dragged the bookcase into the bedroom and slid it right in front of the window.  He stepped back for a moment.  The whish of a car.  He returned with the shelves, then the books.  He wanted them to change something.  To absorb some of the noise.  But the bookcase didn’t cover the window completely.  He could still hear the cars through the sides, still exposed.
So he found a comforter in the hall closet and stuffed it behind the bookshelf to cover one side.  He snatched a large yellow pillow from the living room couch for the other.  In bed again, he closed his eyes.
His girlfriend began to snore.  He elbowed her.  The snoring stopped.  She turned towards him, still asleep.  Her sticky leg touched his and he retreated until he was at the edge.  Moving to this noisy apartment had been her idea.  She had wanted to be closer to the ocean.
Suddenly, she laughed.  He looked at her.  She laughed again, still sleeping.  He put his pillow above her head and she woke up confused.  He didn’t have an explanation.  He went to the bathroom and found earplugs under the sink.  He didn’t like things in his ears.  He rolled them up and stuck them in.  They expanded uncomfortably but they blocked out the sound.  He had finally found a solution.
But back in the bedroom, the blood in his head became noisy.  His heart was between his ears, pumping.  He turned this way and that, on his stomach, then his back.  As he sunk into bed, it got louder and louder.  He sat up and ripped out the earplugs.  He threw them onto the dark carpet surrounding.  He got up out of bed and searched the medicine cabinet, his toolbox, the drawers in the kitchen.  All he had to do was kill the noise.