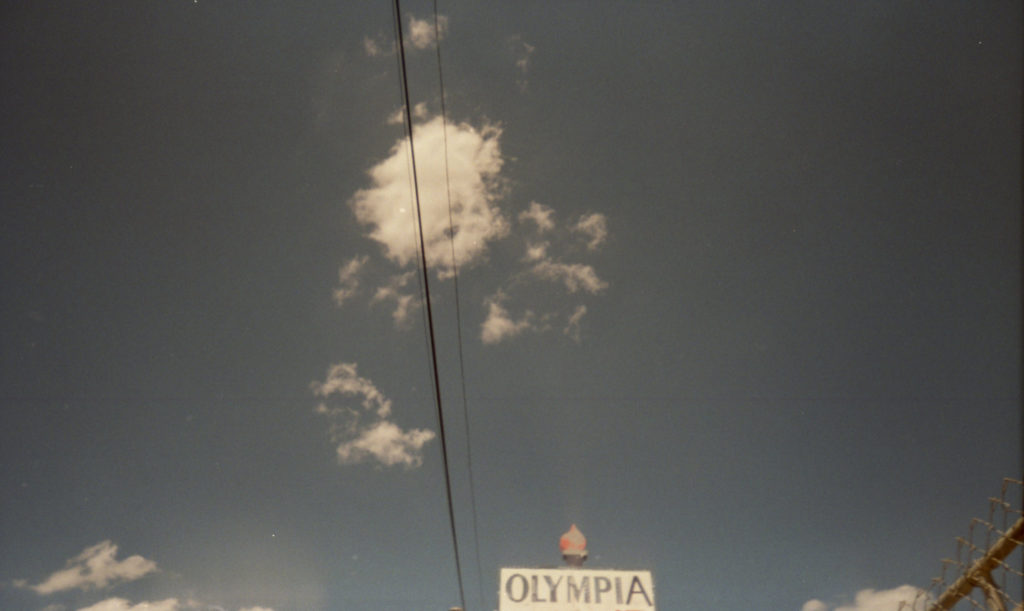 He kicked right into the horseshoe crab and it wobbled a bit. He wobbled too and thought if it was a rock or not.
He decided to flip it over and guide it back with a stick he found.
There were layers repeating themselves in the dark being lapped at and this in front of him needed to be figured out.
It was what he had for now.
And it was the same as anything.
It all happened all clunked around like ice cubes in a drink-finished cup at the end of what felt like vacation. This was in the Carolinas at night, quiet and sore.
He said, You can I swear.
And then, I promise.
And then, I really swear.
He watched the horseshoe crab slide into the water and away.

At the end of the beach there was a pier, most of it taped off from storm damage. Underneath the pier he took his clothes off. He felt the chilly and salty air and, for awhile, he slalomed between the posts that held the pier up looking around until he sat down at some point.
It was what was there.
Only the ocean, some blankness over it.
And what he did he had, no question about it. There was nothing else he needed, except for if something called for something that he didn’t already have.
But in order to do something with his life he’d have to do a few other things.

(Thanks For Coming) In At All

The people around here.
Maybe it was him. New to it, probably why.
New to them, too, who’ve been here and he hadn’t picked up on something, maybe.
Who knows.
Only two hours away from somewhere else he’d lived but he’d never seen a thing like it in his life.
People don’t listen, then repeat back all the wrong things in some other order and in a tone.
Then who gets confronted or pushed around?
He does.
Boss says, You know what I heard?
He shakes his head at Boss without looking.
Boss tells him.

At the end of every day he wishes there was some way to be nice, to do something for someone.
He doesn’t see anyone or know anyone anymore. They don’t say good morning to each other at work. Boss talks then there’s work to be done.
He goes to head to the store on the way home one day and thinks, I can hold the door for someone, like as a start.
Then in front of the store he sees, is reminded that the doors are automatic. How could he forget or not realize? He goes to the store every day.
Anyways.
It’s another thing.
In the morning he’ll punch in at the clock-in machine. When he’s successfully punched in his correct sequence of numbers, the machine will say in digital letters: IN AT All.