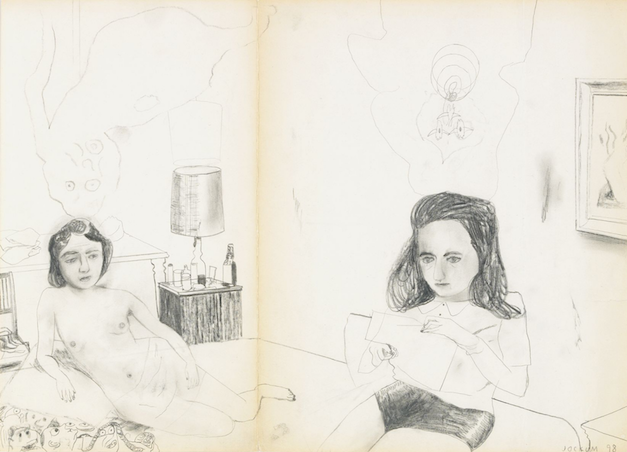 It was a two hour drive,
An hour of highway and an hour of back roads that ran through small Ohio towns like the
one I’d grown up in.
There were a lot of old cars in driveways, a lot of watery cornfields.
“Look, there’s another tiny graveyard,” my daughter said.
We had to fight the urge to stop and walk through every tiny graveyard.
“There’s another pile of old cars,” I said.
It was a similar urge and we fought this one similarly.

I was talking with my friend C. on the phone
I was telling her I’d been going to bed before midnight and not drinking
She was telling me about a memoir she’d just read about a woman with a drinking
problem

“Every memoir,” I said

I wanted to read it like everyone else, though
I already had a sample download on my Kindle

“What if one of us wrote a memoir about how ‘normal’ and ‘well-adjusted’ we are now,”
I said

“‘And then I got another good night’s sleep!'” I said

“‘And then I woke up refreshed and ready for the day!'” C. said

“‘I didn’t stalk any exes online or drink a bottle of wine or smoke cigarettes!'” I said