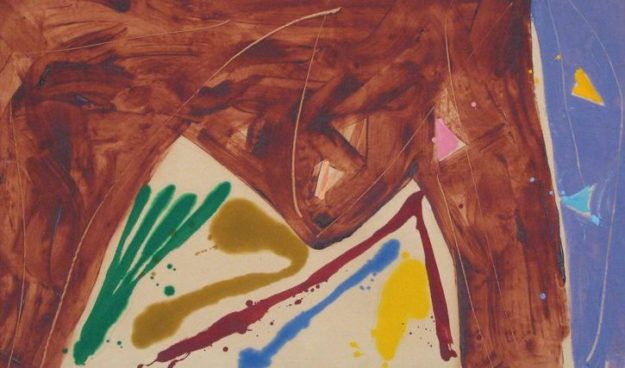 This morning sunlight. Cicada wawas and the smell of sunroasting-rubber. Kick the cottonsheet. The girls will be leaving Front Street now. Fish eating mosquitoes now. What’s in this cup? Oh.
Piss and twist the tapknob. Hate when they say don’t play with yourself.
I like to play with myself.
People cover their floors with cottoncloth.
I don’t.
Lift the hook from the loop and put the hook into the loop and twist the hammock over itself.
This cup smells like nutshells.
The sandals were made of rubber. They were soft when he got them but he walked them hard.
Put my feet into the sandals. Take my fishline. Take my cup.
They say Front Street isn’t good now.
The girls are leaving Front Street. The girls smokethick the girls legthick the girls quetzal-haired. The girls are going to get papayas the girls are going to get peanuts the girls are going to get cola. They say Front Street isn’t good now.
We picked cotton on Mainland. Pods razorsharp but noon arrives and cotton will open fingers.
Papaya gives my shit the smell of papaya.
I like it.
I like Front Street when the girls are leaving. Eyes bottomheavy. Asses shifting with the wawas. Wawa. Wawa.
Pass the Barshack and Front Street ends. Metalbar-welded cage. Metalbar-arm slides the cable cable swings the metal-hook. But the metal-hook is hanging. Boats are parked dry on the concrete-pier. Boats covered with cottoncloth. Fishscales white on the cottoncloth.
Cut two steaks from each rayfish.
They put the peanuts into the cola.
Fish flayed flat dry spread on the cottoncloth.
But no-one. No-one.
No boats going.
I won’t use my fishline today.
The girls want to get cola but the girls are going to get fish. How do I cook this kind of fish? Hold it here Tetas. And this kind?
Canalwater dry spread flythick and the saltsmell of kelp twisted in the pier-shade along the sand. Fishfry dry spread black along the sand.
Put it here Tetas.
Oh.
Concrete-pierpiles dark to chest-high. Barnacle-clustered to chest-high.
I like your barnacles Tetas.
What?
I like your peanuts.
I like your steaks.