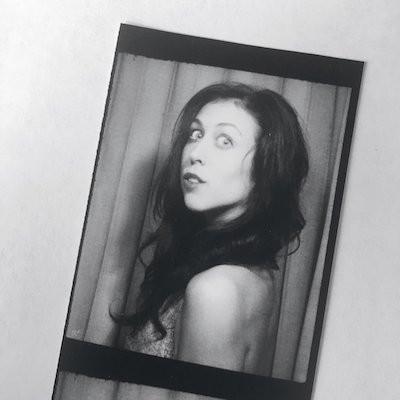 In Florida, I make sure to always call my dad “dad.”

Dad, do you know what you want to order?

What time is it, dad?

Dad, where do you want to sit, dad?

People still make their assumptions, though. Two years ago, my dad and I went out for dinner in Fort Lauderdale. The host brought us to a small table in the corner of the restaurant. This is more intimate, they said before winking and walking off. In the host’s defense, I was dressed like someone’s third wife, in a stark white jumpsuit, cut low enough to reveal a black velvet bra. It is possible I’m the one to blame.

Eleven years ago, though, when I was 14 and wore only Delia’s graphic tees, my dad took me to see Jewel in concert. Halfway through “Who Will Save Your Soul” a woman in the row behind us tapped his shoulder, hard. Why don’t you date someone your own age? she wanted to know. My dad insisted that I was his daughter, but she didn’t believe him. That’s Florida.

Or it’s part of Florida. It’s South Florida. North Florida is church country. It’s Waffle Houses and Cracker Barrels. It’s billboards that tell you how old fetuses are when they start to develop fingernails. Central Florida is Disney World and Sea World and this massive water park where some kid I went to elementary school with died on a family vacation. Where I’m from is nothing like that. People like to say that the more south you get in Florida, the more north you go. Where I’m from in Broward County, billboards feature ads for breast augmentation and MenOnlyLaw.com. There are more 24-hour tanning salons than there are churches, and more pawn shops than there are tanning salons. Cemeteries resemble country clubs. Country clubs resemble used car lots, with flags touting messages like “Pool For Kids, Golf For You!” “Homes from the $30s!” “Buy, Buy, Buy!” That’s South Florida.

Two weeks after Donald Trump is elected President, my dad and I make the hour-long drive up to West Palm Beach. As we get closer, I watch planes fly over 95, and wonder if any of the planes I’m seeing carry Donald, Melania, and Barron. I decide to give the middle finger to a few of the smaller planes, just in case, a gesture that immediately makes me feel stupid and small.

Donald Trump’s vacation home would be in South Florida, I tell my boyfriend, by which I mean Donald Trump loves gaudy things and, when it comes to gaudiness, South Florida is the capital of the United States of America. West Palm has always appeared to me as classier than the town where I grew up, but it’s still South Florida. It’s glamorous, sure, but it’s far from refined, far from classy or subtle.

“Subtlety is not our strength:” One of the slogans Ivanka uses to market Trump’s buildings.

This is ‘fuck off’ money, my dad says as we drive through one of West Palm’s tony neighborhoods. We don’t know anyone who lives here. We’re here for the view. Do you know what that means? my dad asks. I don’t respond. It means you have so much money you can tell anyone to ‘fuck off.’ I don’t respond. We sit in silence for a bit until my dad exclaims, Oh, look. That was Bernie Madoff’s home. I’m going to slow down. Take a picture. So, we slow down and I take a picture.

Back in the 90s, when my dad was still flipping houses, he was a fan of Trump’s. My mom likes to tell the story of when she and my dad were still married and visited New York on vacation. He made her stand in the lobby of Trump Tower with him for hours, until Donald appeared. My dad had planned tell Trump that he was his business role model, but when Trump finally appeared, my dad was too nervous to speak. My fearless father, made speechless in the presence of Donald J. Trump.

My dad didn’t vote for Trump. Nowadays, he finds him, in a word, deplorable. Still, it’s clear to me there’s a part of him that still finds Trump a bit appealing, if only for his money and Melania.

I try not to listen whenever I hear Ivanka start to speak. She’s no less a vulgar arriviste than the rest of them. But when I heard that at the age of 17 she forbid her father from dating anyone younger than her, I thought, Okay. Now, that I get. My dad’s current girlfriend is four years older than me and 35 years younger than him. I’ve met her once. She was nice, but I don’t think we’ll be friends. Everyone tells me I look like Melania, she said at one point in the evening. I take it as a huge compliment.

But my dad’s Melania isn’t here tonight. When I ask him where she is, he shrugs. It’s the same response he gave when I asked if he loved her.

My dad and I celebrate Thanksgiving at the home of a family friend of a family friend, 2.7 miles down the road from Mar-a-Lago. We eat outside. It’s November and I keep having to wipe the sweat from the back on my neck.

I’d assumed politics would we be the topic on everyone’s mind but instead we’re discussing genetics. How is Ivanka so hot and Tiffany isn’t hot at all? Tiffany’s mom is hotter than Ivanka’s mom, someone asks. The men at the table nod the nod of excellent point. So do some of the women. Are they abiding by their role of ingénue or is that how they really feel? I don’t know what to do or say, so I pull out my phone and open Safari.

Search: do people in Palm Beach like Donald Trump

Towards the end of the evening, I’m approached by a grey-haired man. He’s handsome in a slick, slightly evil looking way. “What’s you name?” he asks. Jenny, I tell him. Even my name feels like too much of me to give this man. The man smiled with his overwhite teeth. Is that your boyfriend, Jenny? He nods towards my dad, who is biting the head off a chocolate turkey.

Michelle Lyn King lives in Brooklyn, where she works as the Submissions Editor at Joyland and the Assistant to the Managing Editor at the Bennington Review. Her essays and stories have appeared in Brooklyn Magazine, Bright Wall/Dark Room, Catapult, The Rumpus, and Shabby Doll House, amongst other places.