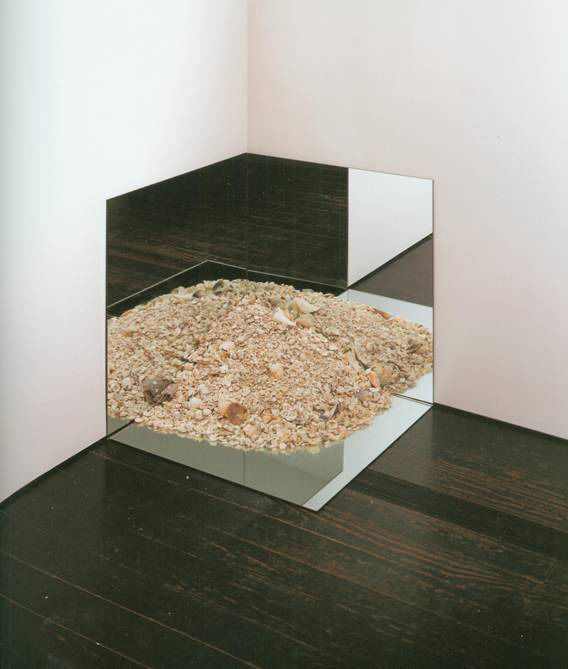 I WAS BUSY being digested, riding that snakeskin elevator up and down the vertebrae.

I swing the strongman mallet and the pellet goes up, comes back down. So weak, tho, that I can’t even – ugh – fail better. The pellet breaks thru the shell (the next time it drops), despite its slight jump, of our hollow earth, and plummets thru that inner darkness without so much as the whistle of passing air to register its fall.

I’m wasting my time. That’s what I’m here for, what I’ve done. Gnawed at my foot like it was stuck in the trap of being a foot. Delighted, at times, in the chewy gloom of the thing. The joy of manufacturing a pride, however poisonous or arbitrary. As is the case with any supposed elevation of perspective. That one down there, look how small. The distance the self, driving away from the self, seems to find.

Used to I built bridges for a living. The Ash St. Bridge was my favorite, as it most anticipated its result. I was an arsonist beforehand. Backlash against the city’s not wanting to cross the effort I bothered to extend, it was natural.

EFFORT was the label/slogan I branded onto my gnawed-off foot. I smeared the foot around on the walls I passed till all was left was a chalky nub of cartilage small enough for a bullet-shell locket I kept knocking on my sternum as I walked.

My tank was on empty. This is the main reason I don’t drive.

I TRIED TO buy a car off craigslist, but no one will sell it to me.

The cheapest one I can find. It doesn’t run. I explain to the lady who’s selling it that I don’t need it to get from point A to point B, that its function is largely ceremonial. It’s more about the idea than the thing, at this point, I explain. The symbolic value of the vehicle. I don’t even drive. It doesn’t matter. I need the car so I can sit there and imagine I’m moving.

Where I’m from, I say, the amassing of vehicles takes precedence over all other concerns of condition. The rusted out hull of an old truck sits in a field. No one ever considers that it would ever do anything otherwise. But one, in a flight of fancy, may still look at it and consider its potential. Maybe you’re out there in the field, on a hot day, and you’re mending a fence. And you stop and lean against the post to wipe your brow. Respite from labor, in which you pause to reflect upon the value of your labor. Progress. The satisfaction of a job well done. Once it’s done, I mean. You’ve probably thought about taking a break for a while now, but you’ve put it off in order in more fully enjoy it when you do decide to yield temporarily to the elements and to your pride. Everyone knows you work hard. There’s no one out here to see you, but if they could see you they’d know you were a hard working woman. Out in the field, working. You didn’t even bring any water with you. It would have been one more thing to carry. Besides, think of how satisfying it will be when you’re back in the coolness of the house you built and pay to maintain, how nice to will be to fill a glass with cool running water and drink it down. As many as you want because you’ve earned it. Not once have you succumb fully to exhaustion. Even now as you stop for a moment to lean against the post, no one would mistake such a thing for surrender. Your will and your general effort are stronger than that. Anyone else might have considered the decision to forego the canteen risky, for example, considering the swelter of the day. But you, knowing and believing in your own resilience and your mastery over your body and the land you tend, knew that it would be unnecessary. It’s enough simply to pause, to take the handkerchief from your pocket, to mop your brow, to take in and reflect upon how far along you’ve gotten in the task you’ve set for yourself. Your eyes survey the field and the surrounding landmarks and fall upon the truck, resting, as you are, in the overgrown field. That truck, you think. Movement. Travel. Vacation. A beach somewhere. An ice cold drink in your hand. A different kind of life. Places other than this one. Love, longing, promise and possibility.

In the field, in the fields where I’m from, there are many such vehicles, none worthless. What price will you take for this one— your, for now, own ??

NO MATTER HOW close you get there is no tragedy in the life of an insect. Nor we might just as well say in what small amount of soul develops in the snowflake as it comes into its own during its fall and then vanishes in melting.

Of course its structure may very well meld into what’s larger – a blanket of snow the bulk of a drift – or may change. Freeze deeper for example. Not melt.

Do we mourn the wave in the ocean? a tree, unique, lost when our focus falls instead upon the total forest splintered hidden in the tree? The genocide in what becomes? the whole flock sacrificed in one done to dust by the sun’s destructing embrace?

Let this be a dream of an incentive for the vision of some fragment of the Real, and let all the dead be brought back home in the victory of my Revolution.

SHIT THE DEMIURGE SAYS AM I RIGHT ??

You weren’t mistaken my name is Rock.

I drive out to meet you. The road is wet and the computer telling me how to get to you (because having the computer, I’ve forgotten) – it tells me I’m making a mistake, that I should never have bought this car. It interrupts the radio each time it sputters. It tells me to turn left into lakes at high speed and that you never loved me such that you’d be sweetly surprised by my arrival.

I no longer heed its opinion.
I stopped, yes, when I bought the car.
The car was the computer’s suggestion.

Wet slick curves or not or because, I don’t slow down. I’m not in a hurry. Having tuned to a frequency other than what the computer thinks I can hear, I’m yelping jazz. Trilling it. Gulping air, bursting my tongue. I ululate, I growl. I’m screeching a pitch that makes the road buckle. I don’t notice when the screeching stops being me. By then I’m upside down.

The cut above my eyebrow makes it difficult to wrestle myself out of the car’s by then burnt out husk, shell of what’s gotten me this far, faintly smoldering, tho this could just as well be due to the landscape, suddenly changed.

Now I am desert.

And yet the tires
hissing rain
not a moment before.

I rip out the computer and begin to look for a stone.