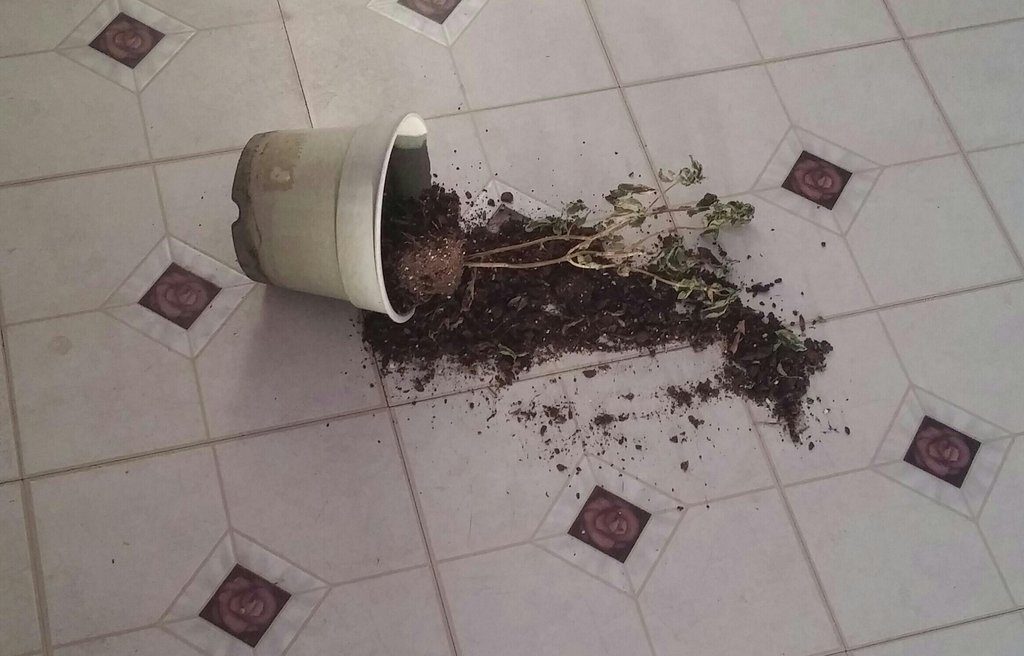 My grandfather was twenty-six and poor, staring at his crossword puzzle in line at the fish market. He was staring at the empty squares for 32-Across when she entered through the wooden doors. The locals from Trenčín knew her as the conscientious drunk driver, the widow who drove around the village with her hazards on.

Angelika was rodent-like. Her mouth twitched when she smiled, which she did behind my grandfather in line. It was like a slippery electric shock that passed from one corner of her lips to the other. She held a potted plant, and my grandfather asked her what kind it was. She told him its Latin name, and how it would lean towards someone who spoke quietly to it.

My grandfather bought a smoked trout, and she bought two herrings, and in the weeks that followed he fell in love with her.

Angelika brought up flowers in all their conversations. She talked about opening a flower shop. She talked about using Queen Anne’s Lace for birth control, and how she could tell if a sunflower was a girl or a boy by the number of petals it had. My grandfather had little money to spare, but he took her to the botanical gardens in Kosice. Her big mouth twitched uncontrollably at the Birds of Paradise, and her eyes became tearful in the cactus room. He worked in a lumberyard and on some days used his lunch and coffee money to have a single daisy delivered to her.

Then she left for a weekend trip to the Tatras to get some mountain air for her asthma. My grandfather took the bus to her house, and crawled through a basement window, holding a rare orchid from Hungary. He climbed up the basement steps feeling warm and perverse, having never been in her home, and being there without her knowing.

In the kitchen were clusters of potted plants. They sat on top of the fridge, all along the counter, on the seats of chairs, in the cupboard, inside the shoes. The potted palms, the succulents, the violets, and the carnivorous plants were gray shadows of their previous forms. His daisies strung down the sides of a vase. When he felt them with his fingers, they buckled into brown dust.

The house was still as my grandfather filled bowls with water. He filled pitchers and mugs and said a prayer. He cupped water in his hands. He poured it onto the dried dirt. He poured it over the leaves and the exposed roots. He splashed it on the carpet, and onto the couch. He went into her bedroom and dumped water onto an heirloom quilt. A left-handed mouse froze under the sink, and watched him spill water on her telephone. He went outside into the rain and watered each garden flower with the hose, but it still wasn’t enough.

Nicolette Polek’s work has been published in The Chicago Quarterly Review, The Pacifica Literary Review, and The Fanzine. She is currently getting an MFA in fiction at University of Maryland.