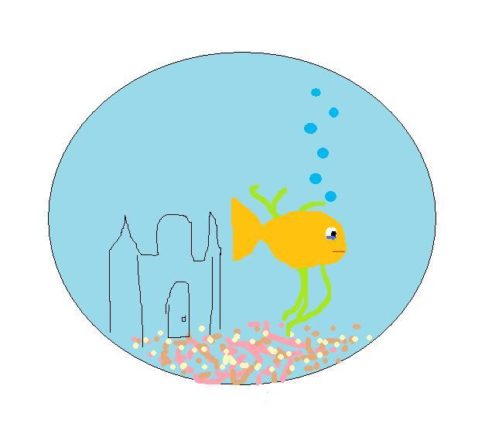 I would like to be in the garden looking for pesky cucumber beetles, which have killed my squash through bacterial disease, when the radiation blast strikes and plumes.

I dug a hole today. The ground was muddy and wet. My friends helped me dig the hole. A backhoe ripped into the hole and then we went at it with our shovels and a water pump. It did no good. The hole just grew. It grew and grew and it could not be stopped. Before long the hole had become a thing of its own and we no longer took part. Our shovels lay quietly half sunk in the mud. Rivulets of dirty water mixed with pine needles collected in a low-lying furrow near the center of the hole. It was growing dark. Our bellies rumbled. So we filled the hole back in and went home to eat.

Joan of Arc in America

It was always one of two things with her: either she laid waste to his siege from afar—peppering him like a punching bag with holier-than-thou text messages—or she stood her ground in the inner trenches and demeaned everything they both knew was already true about his bad behavior.

“There are some things the money tree can’t grow,” said the fish. He swam around his bowl.
“Like what?” asked the large, distorted nose that had appeared in front of the glass bowl.
“Well,” said the fish. “Every lesson must be learned.”
“What does that mean?” asked the nose. “Everyone knows that.”
The fish nibbled at several microscopic flecks of fish-food.
The giant, distended nose went away.

The tomato vines don’t move at night. They are wrapped in steel cages. The man sits naked on a concrete paving stone in the walkway beside the garden. The concrete is rough beneath his skin. His penis lies swollen but limp between his legs. Overhead, against the outline of trees, the dark sky shimmers like celestial fireworks on black top pavement. He feels the night air against his bare skin and stares ahead. The soft drone of the night pulses in his ears. Here is the climax. Here the release. Just over the hill a dog barks, short and paced.