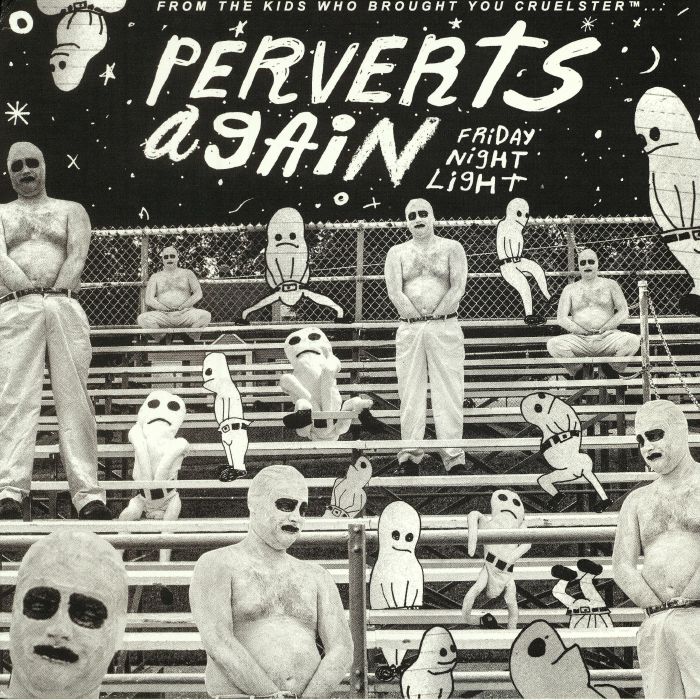 Editors note: Perverts Again is a punk band from Cleveland, Ohio. They’re one of the funniest and strangest bands I’ve heard, and their projects surrounding the band are of the most consistently interesting I know of. The singer, Alex Ward, wrote a hilarious, surreal, plot-driven novelization of their most recent album, Friday Night Light. The description of the novel from the website is as follows:

When our teen narrator’s bad little brother is wrongfully detained and prematurely sent off to college, the teen must use religion, violence, and football to deal with the loss, until he finally realizes what he must do: get him out of college. Irreverent and unsettling, this official Perverts Again novelization, written by the band’s vocalist, is exactly what you’d expect if you have heard Perverts Again.

In order to get the ‘full effect’, I also recommend following Cruelster on Facebook, following Perverts Again on Instagram, and listening to their radio show The Good Nite Show With Little Triv.

Here are the first few pages of the book, which you should buy here. Enjoy!