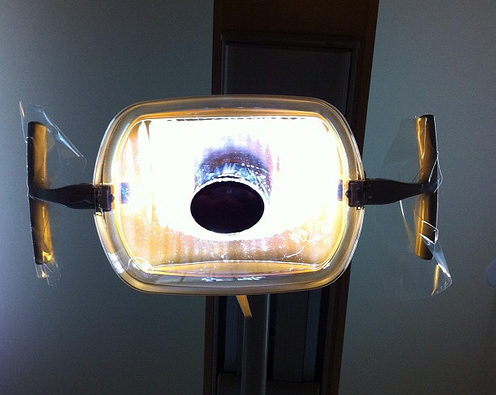 In the mirror, the daughter’s head looked like a bloated cantaloupe. The doctor was going to be there any moment.
She dragged her feet on the floor. “I should’ve showered,” she said.
“Stop,” the mother said. “Stop that noise.”
“Something is burning,” the daughter said.
“Can you walk a little?”
The daughter leaned on the wall. She turned her hand into a fist. Her fingers tingled.
The mother, in front of the mirror, applied red lipstick. The canaries sang in the cage.
“Shut up,” the mother said. The bell rang. The mother buzzed the doctor in.
The doctor was humming something on the stairs. The daughter waited on the twin bed.
“Our feet,” the mother said. “My daughter likes walking to the park.”
“Her first,” the doctor said.
“Press my hands,” the doctor said. “Harder!”
The doctor’s eyes were blue. He looked into the daughter’s.
“My husband,” the mother sighed. “Only if he was around.”
The doctor’s skin had a familiar scent. The daughter couldn’t put a name to it. The doctor put his hand on the daughter’s forehead. “Follow the light,” the doctor said.
She looked at the light moving. She remembered her last day at the park, a little boy and a dog looking into each other’s eyes. The slanted light. The boy held the dogs head between his little fingers.
“Now,” said the doctor, “look this way now.”