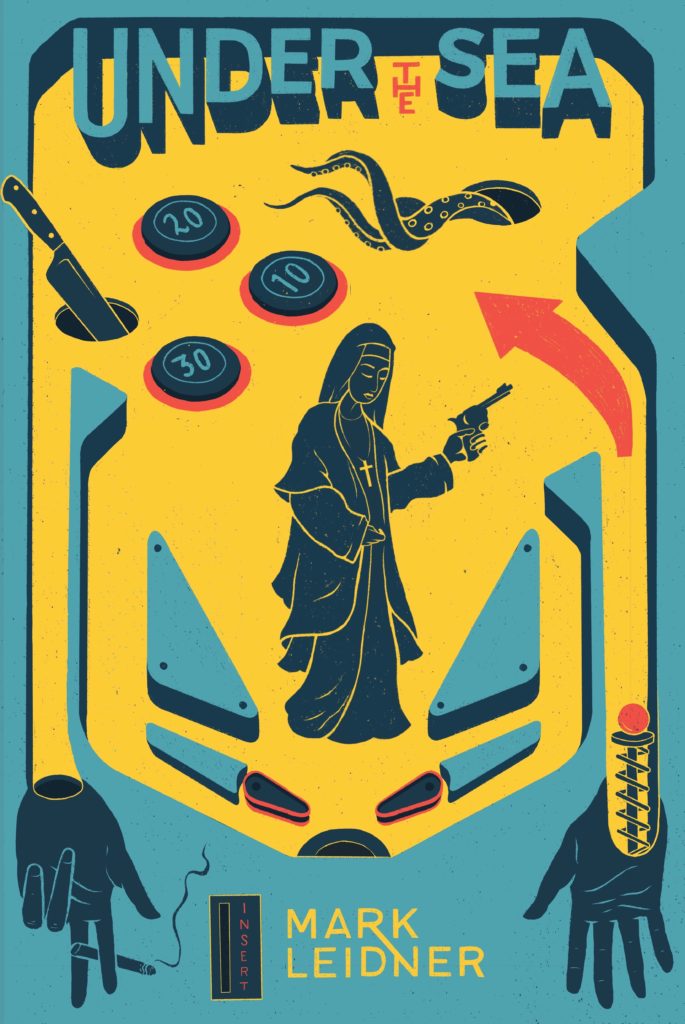 The following excerpt is from “Bad-Asses,” the first story in UNDER THE SEA, Mark Leidner’s new book of fiction, available now from Tyrant Books.

Summer passed and Oak Park went back to normal, but I changed dramatically. I was hanging out with different people, and had formed a fast friendship with a girl named Sasha Shaw. Sasha had big eyes and big boobs and round white teeth and any boy she even looked at got hypnotized. She lived a county over, but she worked at our Applebee’s so she crashed with us a lot. Her and Rawls almost had a thing but Rawls was so quiet and distant after the fight with Casey that he never went for anything like he used to, and he had quit partying. Daddy finally lost his job for real, and so except for his government checks, what Rawls got from watching the fertilizer plant at night was our only money. After Sasha came onto him and he didn’t do shit, I asked him why because she’d asked me to ask him, and he told me that he didn’t want anything to do with any young-ass girls, though that had never stopped him before. I had also started partying and smoking weed and doing coke and X and me and Sasha had shot up a couple times, but we never did meth. Casey got kicked off the football team and then dropped out with only a semester and a half left to graduate. He was around Oak Park a lot more, but he and Rawls kept a wide berth. Rawls had had to put his emergency room visit on a credit card, which by the way I didn’t even know he’d had, so I had tried to find a job to help him pay it off, considering I had stabbed him, but the Baskin-Robbins was the only place in town that would hire me, and I quit after three days because my boss was a fake-ass Christian who liked to stand behind me and rub himself on me pretending it was just the tight space between the wall and the freezer. Plus it was only five bucks an hour and I spent almost everything I made on the cigarettes it took to get me through a shift. I also hated all the rich-ass church bitches who were the only people who ever came in there. One of them tried to get me to come to some revival. He was kinda cute, too, but I couldn’t even picture myself holding hands and singing songs and shit like that without busting out laughing. By day two of Baskin-Robbins, I had probably the first actual idea of my life. I realized I could make more money in half an hour selling weed than I got in a week scooping ice cream, so that’s what me and Sasha started doing. There was this cool dude named Reggie who had a Cadillac and sold weed on the other side of town who worked with Sasha at Applebee’s. Sasha would hook up with him occasionally in exchange for a discount quarter-pound, so we sold it in Oak Park and all around town. I was selling it at school, and making bank. Don’t get me wrong, life still sucked a million asses, but I could go to McDonald’s or buy cigarettes whenever I wanted for the first time in my life. Sometimes I wondered if stabbing my brother had changed me, or if I’d always been this way and it just took something that fucked up to wake me up to the fact of who I was.

Read more about UNDER THE SEA, available now from Tyrant Books.