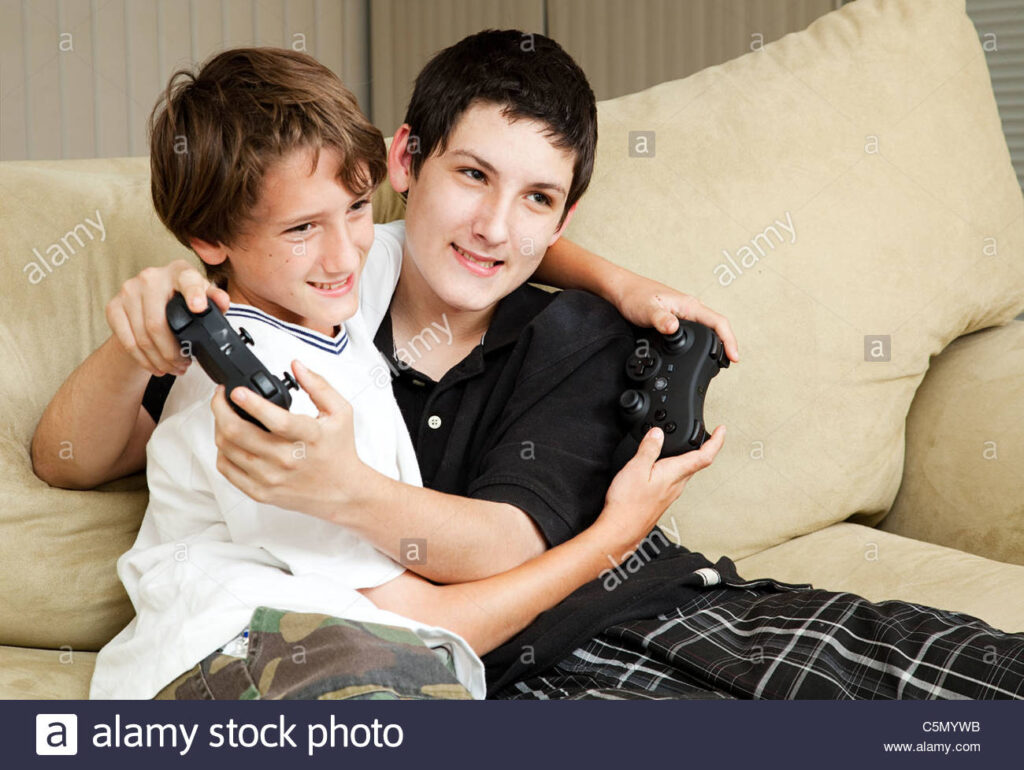 THE STORY OF THE LAST TIME I YELLED

SORRY! WAS THE PRESENT TENSE ANNOYING? AM I STILL YELLING? SO SORRY!

“I should be able to play any person, tree, or animal,” says Scarlett Johannsen. That was yesterday or the day before. By the time you read this she will have issued a formal apology. I think. It seems like everyone is apologizing these days. When someone is canceled it means we are done with them. They can yell and scream and share their opinions as much as they want, but we are done hearing them. We will close our pre-war windows and leave them in the rain. If they want to be heard again they need to apologize. We will crack open our windows and listen.
Kanye said, “When you hear about slavery for 400 years…for 400 years? That sounds like a choice,” then he said sorry. Offset said “Pinky ring crystal clear, 40k spent on a private Lear/60k solitaire/I cannot vibe with queer, ” then he said sorry. Joan Didion voted Republican. Hillary voted to invade Iraq. I voted for Hillary. I bet you did too. Did we say sorry? Did we mean it? Does it matter?
I wish there was some sort of chart that would help me determine when saying sorry matters. The Y axis could be damage done. The X axis could be sincerity of the apology. We could draw a line together and see if it matters. We could pick the apologies we are most confused about. We can use pencil and do it right here, right now. That would feel so good, but it would be too easy9. Sorry, there are so many other factors10. Sorry, but we would need another little chart to determine the damage done. Sorry, but we would need yet another one to determine the sincerity. Sorry, but maybe damage and sincerity are not even important factors. I say sorry all the time. Most of us raised as girls11 say sorry all the time. It’s the way we survive or the way we are taught to survive. It also feels good. Maybe this is because I love surviving or maybe it’s because I love apologizing. I know that I love to feel good, morally and physically. I know that feeling good doesn’t matter, that helping other people feel good is what matters, but helping others feel good feels so good. Does that matter? Most of my sorrys don’t matter. Let me tell you about the last time I really apologized.

THE STORY OF THAT TIME I REALLY APOLOGIZED!

I was on the radio when I said the thing I am sorry for saying. It was campus radio, internet radio, no one was listening, but I hope you listen now. When people say sorry they sometimes mean that they did not mean what they said. This sort of apology is no truer or more sincere than the other type. The other type is the type I am making now. I am sorry that what I said hurt people.
I was invited on the radio as a guest. The topic of the show was controversial opinions and I was drunk and I was brazen and I said a lot of stuff12. I said some stuff that requires a trigger warning and on air I said “Trigger warning” with a sneer. I am saying it again, here. I am saying it sincerely this time. I am apologizing for that sneer in my voice. I hope you know that when I type these words there is no sneer.
I don’t think I have to apologize for the first few things I said, but I will type it out, tell you anyways because if you think I should apologize I will. I was drunk, but I could see the hosts’ eyes flash. Their eyes said, “Be careful” and this made me angry. I didn’t want to be careful. I was so tired of being careful. I said, “Trigger warnings trigger me.” I was trying to be clever. I was on the radio after all. I said that internet radio was great because it has no laws, no rules, no censorship. I asked the hosts if they wanted to ask me if I thought trigger warnings were a form of censorship. I wanted them to ask and I wanted to tell them that I don’t. I told the hosts and our one listener that although I don’t think trigger warnings are censorship I do think they encourage self-censorship. I told them that self-censorship is counter revolutionary and anti-academic. I told them that I came to college to be as revolutionary and as academic as I could possibly be. I told them that while I was here I realized that there is no way to be both academic and revolutionary. I told them that trigger warnings trigger me because they remind me of this. I don’t know why I sneered. I was being sincere.
I wanted to tell them that I have a lot of trouble saying, this is like that because these days like practically means is. In my opinion, catcalling is not like assault, protests are not like revolution, stealthing is not like rape and shock is not like fear. There. Those are some of my controversial opinions. The ones I am sorry for. The ones I might still believe. The ones I am wrestling with, but I’m so young and wrestling feels so right. Apologizing feels so right. We are all hurting. We are all hurting each other. When I’m at a party and I look across the room I can see everyone holding their Red Solo cups and hurting. When I look out the window at the boys in the rain I can see that they’re hurting too. When I went back on the radio and said sorry I meant it. I didn’t mean I’m sorry for what I said. I meant I’m sorry that I hurt you. Sorry, sorry, sorry.

Apologizing is not like changing, but it is the first step. At least that is how we see it. We see everything set up on a little line, a neat little arrow moving forward, a little x axis filled with dashes, this leads to this and this leads to this and this leads to this. Now what? That’s the scariest question. If we have our little arrow we can answer it. That’s why we say catcalling is like assault, protests are like revolution, stealthing is like rape and shock is like fear. A shitty man is not necessarily dangerous, writing his name onto a Google spreadsheet does not make you a good person. Punishing someone does not always lead to protecting someone else. Feeling unsafe does not mean you are in danger. Conflict does not always lead to abuse. The men yelling at you on the street corner in Bushwick do not want to rape you. Wearing your pink hat and marching against Trump is not going to do anyone any good except you. Agreeing with your peers, signaling your virtue, being heard and seen will not save us.
I’m not asking you to agree with me. In fact, I’d be happier if you didn’t. I’m afraid of self-censorship in a place of supposed radicalism like a liberal arts school because I’m afraid that one day we will all be too afraid of being wrong, of being bad, of being canceled, of having our names written on that list, of being left in the rain to debate each other, to have dialogue, to listen to learn.

WHAT I LEARNED IN THE RAIN

In the rain it was cold and I felt small and stupid. I understood why the boys drank so much and hated so hard. I understood why Piggy refused to fight and why Jack and Roger punched each other in the face for fun. I understood why people were so desperate to stay warm, why they called others out so their own names wouldn’t be called. I understood the urge to denounce, the urge to be right, the urge to have others recognize how right and good you are.
Then I looked around and saw all the others out there with me. I met a microcelebrity13. She wasn’t cold. She told me, “If you haven’t been canceled you don’t exist.” I don’t know if I agree, but it’s alright not to agree when you’re in the rain. I think you can exist without others knowing it. Silhouettes are people too. Some people have to play it safe. I get it.
The other day the microcelebrity tweeted, “It’s called being an “edgelord14” and it’s the most honorable thing you can do with your life.” I would love it if she was right, but I know that a hot take won’t keep you warm at night. I know not to provoke for provocation’s sake. I know hurting people won’t make you feel better. But, if you haven’t said something people disagree with then you haven’t said anything at all. People hear what they want to hear and believe what they want to believe. You have to make a home in the grey area because nothing is black or white. That’s what you’ll learn in the rain.
I got used to the cold and the wet. I didn’t need to be good or right or part of anything or at the party. The party is boring. Don’t buzz me up. I can come up whenever I want.

1Not everyone stays canceled.↩
2Like used italics on the words: rapist, racist and slurs. Words that should NOT be italicized!↩
3They do not need protection.↩
4But these are not their names.↩
5This is called “stealthing.” This is when you are having sex and you take off the condom secretly. This can get you canceled.↩
6The laugh, this is what really gets me. This is what hurts me the most. Dr. Blasey Ford did not say that Brett Kavanaugh and that  other boy raped her. I can’t remember what she said they did, but I do remember how she said they laughed at her. They stood over her and looked at each other, shared something secret in their smiles and laughed.↩
7When Jack and Roger read this story and send me notes, they want the part about skateboarding removed. They don’t skate anymore, but let’s just pretend they do.↩
8Yes, they see the same guy.↩
9Good and easy!↩
10Some other factors: time between the mistake and the apology, number of people who the mistake reached and hurt, number of people who felt the mistake was not a mistake but permission to hurt people, number of times the apology has been requested, number of other mistakes the apologizer has made, number of other apologies the apologizer has made…↩
11Now that was a better use of italics!↩
12Boring stuff. Regurgitated stuff. Stupid stuff. Too much stuff to write or remember or go over right here right now.↩
13Some people say she was there because she said the R word on her podcast and refused to say sorry. Others say she was there for glorifying her eating disorder and because people refused to really listen to her issues with identity politics.↩
14Edgelord (plural edgelords) (informal, derogatory, Internet slang) Someone who attempts to seem edgy by doing or saying risque, nihilistic or offensive things.↩