Another Way of Discouraging Weasels 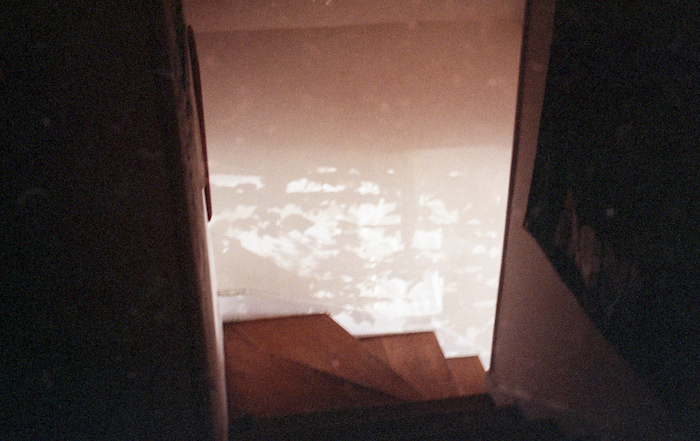 EMBED. When I told Jake that there were weasels living in my bed, I thought he might want to take up with them, too. Instead he just shrugged and said, “I prefer armadillos.” “Even with their sheets of armor?” I asked. He nodded. He said he admired their skin so tough and how they dwell in thorny patches—a breeze compared to the way these weasels have weaseled their way into my mattress and under the floorboards. At night I can feel them moving below me like tectonic plates.

Create a surface so smooth they cannot take hold.

NUZZLE & ENTRAP.  Jake came over and nuzzled my side. He was trying to cheer me but how could I relax? Weasels didn’t even register on his list of fears. He bunkered down on the sofa and gestured for me to join him. “You should cover that with plastic,” I insisted. He explained that they have no interest in sitting on seats. They prefer to sleep. When Jake took out his tablet I was sure he was looking up strategies to help me fight the fuckers but when I looked over he was fingering jewels that exploded when he touched them.  And when it came to the weasels, he wouldn’t lift a hand.
I waged war myself. I set traps under the box spring and spread habanero powder between the sheets, then traced a line of poison on the floor around the bed. I ordered Jake around too. But he paid no attention as he sat accumulating his pile of jewels. The creatures were hiding and lashing me with their tails nightly. I had welts on my arms and thighs. I wanted to cry but I knew crying would make me appear weak. Mainly, I wanted to win.

The admirals stopped burrowing weasels from taking up residence.

BAIT. I wanted to forget about the fuzz of assaults in my head and the scratch marks on my back. I kissed Jake’s neck because he couldn’t resist. “Get on my bed,” I commanded. I slid under the hunter orange quilt that would scare off the little pests if they had any taste.
Jake shook his head. “Anywhere but the bed!”
“Are you scared of them? This quilt is hell!” I proclaimed. “I thought you said you didn’t care about the weasels.”
“It’s hard to be sure,” he retreated.
I couldn’t blame him for not wanting to disturb them. Although so far I hadn’t caught more than a glimpse. Only little eyes flashing from dark corners and tufts of fur resting on my sheets and trails of weasel teeth scattered along the floor.
“Maybe you’re imagining this?” Jake said.
I glared. “No. They are here. They’re terrorists.”

Another way of discouraging weasels is to confuse them.

CONTAIN. Apparently these weasels were smart. They had been rifling through my books. Angela Carter was a favorite—I could tell by the way they clawed her pages. I had to saran wrap my mattress, my walls, and my bookshelves. I was under a zoologist’s direction to saran wrap my skin, but my skin needed to breathe at night. The weasels were drawn to the smallest lacerations, they could shrink themselves and nose their way in. Mini-weasels—are they so cute?
Think again.

A weasel that runs into the chemical finds it cannot bind as strongly.

MELTDOWN. I relinquished my bed and moved back to the couch. “Let’s make out here,” I said. A cat was dancing across Jake’s screen. He leapt over pools of water filled with radioactive waste. Every so often a tsunami would threaten.
The cat leapt, but not in time, was swept away, and Jake took it badly. He turned his loss back on me: “You know, this isn’t Fukushima. They have problems.”
I sighed. “But maybe then my weasels would be killed by the radioactivity. Or maybe they would mutate and move to someone else’s apartment or prefer to stay outdoors.”
I didn’t tell him that I was going to kill the weasels if they didn’t leave. A pelt would make a fine trophy. These weasels would make a fine winter coat.

Bed-fouling is less of a problem for beds in rural areas, as there weasels are purely wild.

STEALTH. Apparently my tactic of sleeping with weasels in order to appease them was off. A clairvoyant told me they would seek out other apartments if I abandoned them. I tried sleeping in the cupboard, but they followed me there and devoured my cream puffs. The clairvoyant also said to wear as little clothing as possible and to wash it quickly and bag it after I did. And now each morning I reach into a bag and wear whatever comes out first. Today it’s a kelly green sweater with peach hot pants. I have learned that a formal dress with taffeta and bows should be worn together under no circumstance. I’m still not rid of the weasels. I may never be rid of them, but I am the perpetual contestant on my own grab-bag game show.

The prize may not be world domination.