Do You Know The Muntin Man? 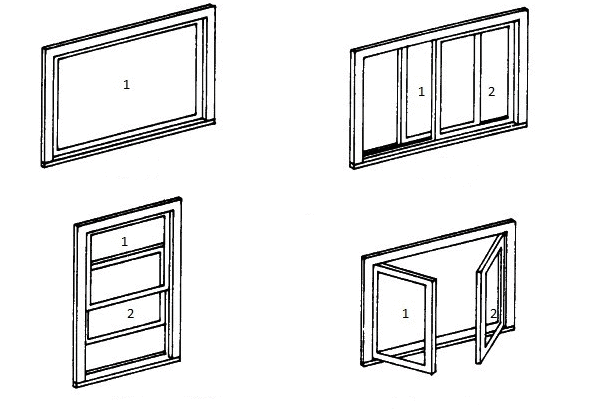 I was a man expanded by the vocabulary of window parts. Muntins in particular, though I was entranced by sash and jamb. I didn’t think I knew a muntin man, if the situation, a situation, required one. I wasn’t sure if glaziers were also muntin men, or if the muntin man was a subcontractor. I called a local glazier to confirm, though he mistook my honest inquiry for needless caprice, and hung up on me. Then I was glad I didn’t ask him about horns and joggles. Horns and joggles, naturally, put me in a horny victorian state of mind. I imagined portly courtesans leaning over balconies, their corseted cleavage ivory and deathless, the whole rapted world at the balcony, then me asking them if they happened to know the muntin man.
The more I looked at schematics of windows, the greater I thought of them as see-thru guillotines. And even greater still when I threatened to decapitate a small child, if he didn’t get his head back in before I shut the window closed, a vacant day in June.
And the jamb dado, the most erotic component of window joinery. I couldn’t explain why. I would have a guest over, point to the jamb dado, shrug, and say, “Well, it’s the jamb dado,” as though that was sufficient. Its nearness to both dido and dildo, suggesting amusing sexual antics. Cutting dadoes, moving a router right to left. And where dado was hot, rabbet was wacky. I imagined an insane game show called Rout The Rabbet, which the audience would chant during tight competitions of foolhardy woodwork.
The fantasy ended when I fell down the stairs, thinking about the window’s lemon light, the crack across the pane, the dirt on the sill, taking out newel posts like they were toothpicks. The damage was irreversible. I had clerestory windows installed with panes as clear as air. A monumental achievement in passive daylighting. I looked at distant treetops, the sunlight spinning on rotary turbines. I tried to crawl out of my mind and into the world of shapes, which was metrically calmer, syllabically plastic. But I had to try to grow to love the poverty of the non-physical. The creeping gleam of moonlight on the floor. Entire lives contained inside a jagged grain of glitter. And the sunlight spinning on the rotary turbine.
There are many windows. But they are not parts of a room. They are the sum of the air of the world, crisping with light yet leaden with violence. I pressed a button and had shrimp and rice for lunch.