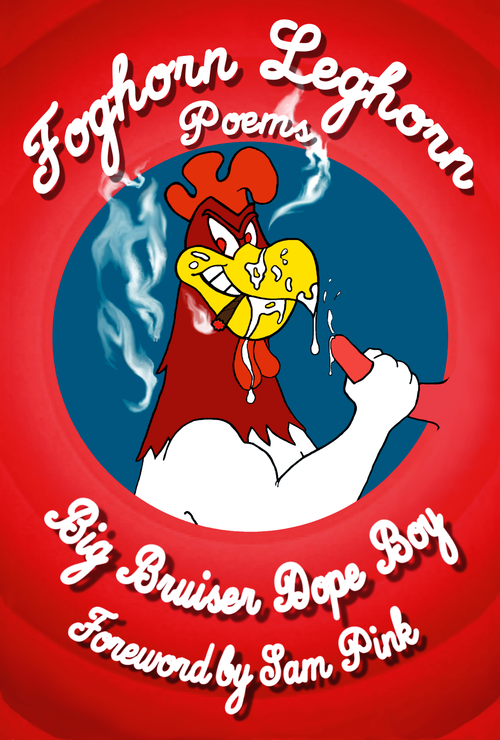 Remake of The Matrix that’s security cam footage of me drunkenly breaking into a Best Buy and passing out with a VR headset on.

Remake of Memento where I’m stoned in a room trying to remember what I was talking about.

Remake of Batman where I walk around at night in a cheap mask hitting cops in their ribs and shins with a bat while shrieking dementedly.

Remake of Life of Pi where I fall off the raft and drown in the first 5 minutes and the rest of the movie is a 2-hour shot of the ocean.

Remake of Bloodsport where I spend an hour and a half trying to do the splits and rip open my taint and bleed out on a gymnastics mat.

Remake of Say Anything where I show up uninvited at my father’s funeral holding a boombox over my head playing “Hippa to da Hoppa” by Ol’ Dirty Bastard.

Remake of Man on Fire where I return to my old high school, self-immolate with kerosene, and, bellowing madly, tackle my football coach.

Remake of Home Alone where I break into my dad’s house, hide in his bed with a knife, and, when he finds me, calmly say, “tuck me in, motherfucker.”

Remake of Top Gun where the gun is at the bottom.

Remake of Speed where I give out weed and brandy on a Megabus, incite a riot, and drive it off an overpass into a sports stadium during a game.

Remake of The Running Man where I intercept my dad during his morning jog and chase him down the street with a knife.

Remake of The Deer Hunter where I, wearing a large deer hide, hold my dad hostage and force him to play Russian roulette with me.

Remake of Die Hard where I am, until I meet death’s all-forgiving embrace, haunted by the undying memory of the time I met Bruce Willis.

Remake of Homeward Bound where the pets eat the family when they get back because they turned feral and are starving to death.

Remake of The Mighty Ducks about strong ducks.

Remake of Air Bud where, in the last seconds of the final game, the CIA assassinates the dog because it’s actually a Russian spy.

Remake of Commando where I attend a gun show wearing nothing but a camouflage jockstrap and buy every gun there to “assassinate my ass.”

Remake of Little Miss Sunshine where I skip around a Whole Foods wearing nothing but a diaper drooling and playing a ukulele and toy xylophone.

Remake of The Lion King called The Truthin’ King about a king who doesn’t lie.

Remake of Gone with the Wind where I leave with the wind.

Remake of 3 Ninjas where I accost three boys on a sidewalk and demand they karate chop me to death.

Remake of 3 Ninjas Kick Back where I, wearing casts and wrapped in bandages, accost three boys on a sidewalk and demand they kick me to death.

Remake of 3 Ninjas Knuckle Up where I am visited in the hospital by three boys and, barely able to speak, I say, “finish it, you pussies.”

Remake of 3 Ninjas: High Noon at Mega Mountain where Hulk Hogan and I are a gay married couple raising three wonderful boys.

Remake of Baby’s Day Out where I crawl across a metro area licking people’s calves.

Remake of Dances with Wolves where I lead a pack of wolves wearing leather jackets into a dance club and we do a really cool dance routine.

Remake of Child’s Play about an elementary school-aged playwright.

Remake of Honey, I Shrunk the Kids where I shrink myself and shoot myself out of a BB gun back into my mother’s uterus.

Remake of Saturday Night Fever where I sit alone in a basement in a kiddie pool filled with ice water.

Remake of It where I dress up like a clown and crawl down a sewer drain to look for my childhood.

Remake of Good Will Hunting where I walk into a bar and double jump kick both Ben Affleck and Matt Damon in their chests with steel-toe boots.

Remake of Big Trouble in Little China where my asshole, affectionately nicknamed “Little China,” gets gaped by a guy named “Skirt Rustle.”

Remake of Every Which Way But Loose where I get revenge on “Skirt Rustle” by crushing his hand bones in the grip of my extremely tight asshole.

Remake of Mannequin where I con my way into the conceptual art world by driving a remote control motorcycle with a mannequin on it through MoMA.

Remake of Mission: Impossible where I retrieve a free slice of pizza from a visiting writer reception without interacting with anyone.

Remake of Silver Linings Playbook where I enter a breakdancing competition and, attempting a shoulder roll, break my neck.

Remake of The Wolf of Wall Street where a wolf who can smell how rich people are stalks Wall Street biting throats in descending order.

Sequel to Big called Small where I get turned into a prepubescent with the same mind as I have now and kill myself.

Remake of Finding Forrester where Bob Dylan stabs a basketball with a switchblade and, chain-smoking, beats Haruki Murakami in a marathon.

Remake of Jaws that’s a “character study” of Jaws from the James Bond movies where he’s suffering from clinical depression.

Remake of Can’t Hardly Wait called Can’t Softly Wait where a waiter goes to boot camp to learn how to be a tough waiter.

Remake of Jumanji where I squat in a mansion for a year and master a Robin Williams impression, then lead a stampede thru the SF Bay Area.

Remake of Flight of the Navigator where I break into a Tesla, hide, and, when discovered by the owner(s), say, “take me home with you.”

Remake of Billy Elliot about a boy who, growing up in a culture where all boys are expected to become ballet dancers, wants to be a professional boxer.

Remake of Dog Day Afternoon where I rob a bank and adopt 500 dogs who I train to “crowd surf” me everywhere on their backs in a roving horde.

Remake of Escape from New York where I live my entire life without ever traveling to New York.

Remake of Heavyweights where a group of healthy children get sent by their parents to a summer camp designed to make them morbidly obese.

Remake of Daddy Day Care where all the kids die because the dads don’t know what they’re doing/aren’t really dads/just named the daycare that.

Remake of The Saint where Val Kilmer gets locked in a padded room in a straitjacket, yet he continues to perform various disguises, voices.

Remake of The Indian in the Cupboard called The Dad in the Cabinet where I find a tiny version of my dad in my kitchen cabinet and eat him.

Remake of Tremors where I attempt to wean myself off an alcohol habit without having a seizure/dying from withdrawals.

Remake of Marley & Me called Charlie & Me where I marry Charles Manson, break him out of prison, and we move to Alaska to train sled dogs.

Remake of American Beauty where the American public admits to themselves that they adored Kevin Spacey precisely because he’s a creepy pedo twink chaser.

Remake of They Live where the guy puts on the special sunglasses but it just shows him the wounded, spoiled child at the core of a bunch of people.

2nd Remake of Die Hard where I spend Christmas Eve barefoot in an abandoned building drinking champagne and listening to Sade with Reginald VelJohnson.

Remake of Mr. Smith Goes to Washington where I try to pass a law that makes cutting a loaf of bread unevenly punishable by death.

Remake of Father of the Bride called Father of the Side where the father of an engaged man’s mistress eats beans and franks alone in a small apartment.

Remake of Lord of the Rings where I spend the remainder of my days mastering the art of ring juggling, bringing direct joy to thousands of children across the globe, never to read Tolkien’s trilogy.

Remake of What Women Want called What Asses Want where I gain the ability to telepathically eavesdrop on the surprisingly sentient and discursive interior monologues of various asses and learn, through the false security of their private candor, they’re not too pleased with me!

Remake of The Graduate where, whether I graduate or not, I’ll be 55K in debt and be qualified for the same jobs as I was before I earned (or didn’t) a BA in writing and literature.

Remake of George of the Jungle where, walking through a rainforest, I encounter George Saunders crouched on the ground wearing a safari hat (turns out he’s tripping balls and communicating with insects, snakes, lemurs, etc.)

Remake of Brokeback Mountain where I deeply inhale the faint but unmistakable scent of my perished lover through the fabric of his left-behind denim jacket, and, jumping off a mountain in a flying wingsuit to spread his ashes, I break my back.

Remake of Altered States where I lock myself in a room and force myself to watch 10 Steven Seagal movies in a row taking 2 hits of LSD/2 hours.

Remake of True Lies where I get in the wet concrete- filled hole with the nuclear warhead draped in the USA flag and give a Terminator 2: Judgement Day style thumbs-up.

Remake of Click where I point the magic remote control at earth and press “off.”