How I Moved Into Her Hospital Room 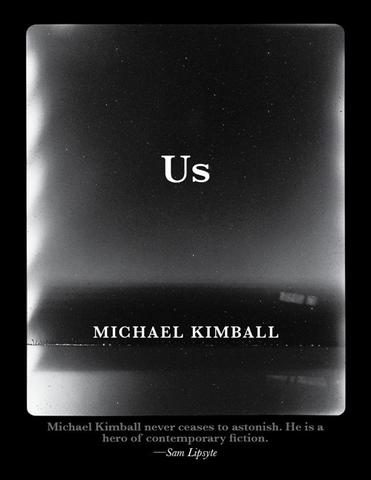 I moved into my wife’s hospital room with her. I lived with her inside her hospital room and ate hospital food. I took my baths inside that hospital room’s bathroom and changed my clothes inside there too. I slept in the empty hospital bed next to her hospital bed and I kept the curtain that separated our two hospital beds pulled back so that there wasn’t anything else between us but her sleep.
The nurses who came into the hospital room to check on my wife started to check on me too. They would touch my shoulder to wake me up to let me know that they were there and they would sometimes bring me an extra tray of hospital food or the things that other people didn’t eat or drink — those little boxes of cereal, a cup of crushed ice, a little bottle of apple juice, or a small bowl of jello with fruit inside it that was wrapped up in plastic. I didn’t have to go down to the hospital cafeteria to eat or ever leave that hospital room or my wife.
The nurses let me help them out with my wife too. I would hold onto my wife’s body for them when they would move her so that she wouldn’t get any bedsores. I would hold her body up on one side when they rolled her back and forth to change the sheets or change her clothes. They would leave me a bowl of soapy water and a hand sponge and a hand towel so that I could give my wife a sponge bath and then dry her off.
I was more of a husband when I could do these things for my wife. But my wife had started to shrink. The clothes that we changed her into were too big on her and she looked smaller and more wrinkled in them. Her chest seemed to sink in. She was breathing too much of herself out of herself and not enough back in. There wasn’t enough food in the IV tubes, and she didn’t move enough yet, so the nurses showed me how to move my wife’s arms and her legs and some of the other parts of her body for her.
I started every morning with her arms. I held onto her hands, bent her arms at the elbows, and then straightened them back out. I pulled her arms out away from her body, raised them up over her shoulders, and then brought them back down to her sides. I moved her hands back and forth at the wrist. I bent her fingers back and then curled them back in so that she would be able to hold something in her hands again. I opened her hands back up and put my hands into them. I held onto her hands to see if she could hold my hands back yet.
I moved her legs for her after her arms. I lifted her leg up at her ankle and then bent her leg in at the knee. I bent her ankles up and down and back and forth. I wanted her to be able to stand up and not wobble or fall down when she woke up and could stand up and I wanted her to be able to walk again.
I got onto the hospital bed with her and pulled her upper body up until she was sitting up. I pulled her eyelids up with my thumb so that she would be able to open her eyes up again. I turned her head to each side so that she could look out through the doorway and then look out through the window. I opened her mouth up at her jaw so that she would be ready to talk again after she woke up again.
I whispered things into her ears so that she would remember how to talk and remember me and the things that we did together too. I would say that we were going for a walk when I moved her legs and I would say that we were holding hands when I held onto her hands. I would tell her that she was taking a bath in our bathtub. I would tell her that she was sitting up in a chair or looking out the window or brushing her hair.

My wife didn’t wake up again for so many more days, but the way that she slept started to get restless. She started to move a little bit. Sometimes her body shifted during the nighttime. Sometimes I saw that her arms and her hands or her legs had moved some in the morning. One afternoon I watched her fingers twitch and on another day I watched her toes curl and uncurl under her bedcovers. Sometimes her eyelids would flutter a little bit and I would go to the end of her hospital bed and stand there so that she would see me if she woke up and opened her eyes up.