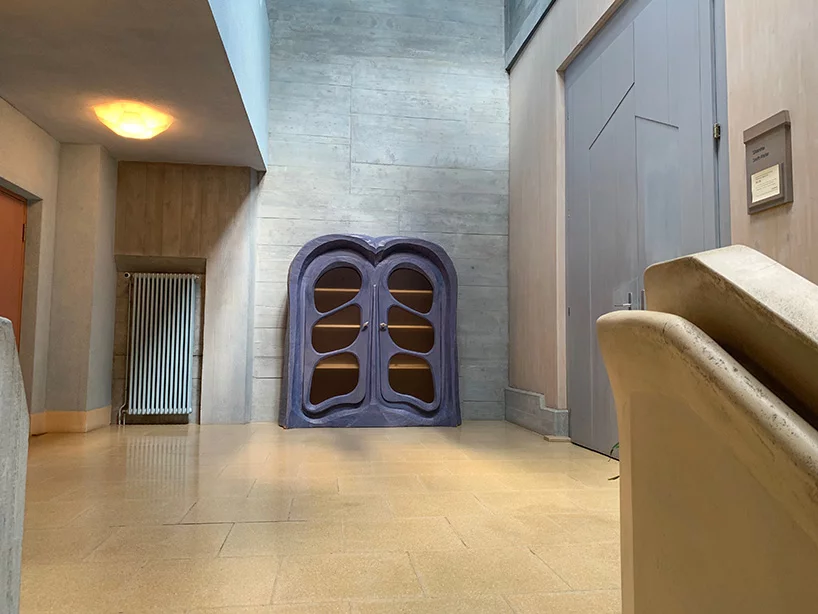 Matters of All Orders

She put the glass on the desk with too much force and juice splashed out.
Tth — she said, licking her pointer and middle fingers and looking at what spilled.
She went for napkins from the kitchen, but there were none, so she used a sweatshirt from the dirty laundry.
Laundry, she sang.
Laundry, something sang back.
She sat up straight, the small of her back suddenly beginning to sweat. The small hairs on her nearly bald head stood up too. Did it come from outside? The noise seemed to have come from everywhere.
Laundry? she sang again, fearfully.
Her round, though in places pointy, head — which contained her now trembling eyelids and quivering lips — panned the room slowly. She heard a soft rustling, like a dragging blanket. She ran her hand along her head and then her chest; her heart was beating so quickly. Da-dum, da-dum.
L-l, she sputtered; but she could not finish the word.
It was dark out.
She looked at her juice.
Laaauuunnddrryy, said the something, softly now.
Not knowing what to do, or where — or what — the noise was coming from, she rolled her eyes back into her small, bald head, cupped her giant hands around her purplish mouth and yelled as loud as she could muster through the fear.
“It’s me!” said the voice.
Ah, it was her son.

He twisted his tiny waist gracefully as he wetted the sides of his mouth with his tongue. The lights on the back porch glimmered. They cast a wet-looking light onto everything. He stamped his feet and moved his big arms from side to side. He flicked a mosquito off his neck and smiled. A cow mooed in the distance—his cow. He looked off.
“All mine,” he roared, extending his arm.
It had been some time since he’d been alone at this house. Now it was just him.
“Mmm,” he chuckled, surveying the dank screened-in porch.
He lifted a patio chair above his head like a trophy. He put it down. He started to sing, when he saw a cat—not his cat.
“Hello there,” he said, in a deep, booming voice, “there you are.” He made a gun with his fingers, pointed it at the cat, then slicked back his wet hair with his hand. The cat winced.
He checked his watch—it was time to go to the community theater, where he had a semi-major role in the spring production of Faust.

The dog had long wispy hair on its head, which stood up when it ran. Mud sucked his paws down into the earth as he clomped his way out of the bog. The bog, his favorite place in the world. The woman put her pen down and stared at what she’d written, “His favorite place in the world…” she whispered. She looked away from her desk and towards the door, where the dog’s leash and big purple sweater still hung.
“Charng….” she said.
Perhaps it was time to return to the bog without Charng.
To the bog! she thought bleakly, something she would always yell with Charng in the backseat of the car, pointing her finger out the window straight ahead.
A bog is a “wet muddy ground too soft to support a heavy body,” “a bathroom,” in informal British, and Charng’s favorite place in the world. She narrated her thoughts to herself as though she were a sports announcer. She parked at the nature preserve and walked towards the bridge, recalling Charng’s weight problem. Charng wobbled, weak-kneed and obese, when they made this same trek many times before. Until that final time years ago, when he went after a goose in the bog.
Charng, fat Charng—Big Charng, as she called him—thick charng—The Dog in The Bog—sunk. So, just as her big friend often did, she put on his big purple sweater, and commenced.