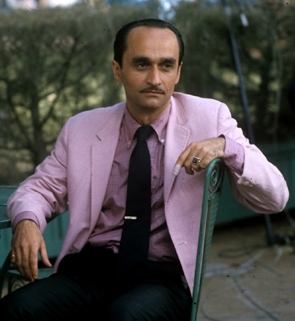 I’m Tommy’s older brother, Adam.
In our early adulthood we seemed to arrive at opposing answers to some of life’s most crucial questions: questions about ethics, how to be; about what we owe to others. I chose truth and beauty while my brother was drawn to harder forms of power. I spent my twenties with artists and punks. Tommy spent his with men twice his age—promoters—who my father knew from early in his career as a broker, and who Tommy characterized as “like pigs at a trough.”
We’re grateful so many of you could be with us tonight.
It’s amazing to see so many of my brothers friends whose faces have been popping up here and there over nearly two decades. Your continuing closeness says something good about my brother, which let’s just get that out of the way and move on.
He was always unusual.
He has always had this thing with older men, for instance; these little crushes, that landed on one or another of his friends’ more successful dads, or so-and-so up at the golf club. I had absolutely no interest in these men, and in fact felt repulsed by his. At twelve years old he was like a little college Republican.
I liked Metallica; he liked The Rat Pack. If we came into some money, I’d buy a skateboard, CDs; Tommy, Ferragamo loafers.
How many kids do you know who asked to be sent to boarding school?
We wore shorts all winter long.
I can picture him before me right now with a bowl cut and a ketchup-stained golf shirt, and I feel a great tenderness for this goofy, sensitive kid.

I could be hard on him, which I regretted.
As I matured, I sought to correct this slight sadistic bent, becoming more upstanding, conscientious, a missionary. When Tommy seemed to be going the other way—he was becoming tougher, more willing to throw his elbows around, to get in the ring, so to speak—I reflected that it might have been a natural response to my tyranny.
I always felt responsible for Tommy, and I still do. But I sometimes think he and his friends over-sell their victimhood: I never raped Cam Fasli. He’s lying.

Brothers are competitive; that’s a big part of the brother thing. This was a big part of how we were raised. My dad was a jock. My mom also encouraged competition, but in other, subtler ways.
For instance, we used to have this thing, a long-running conversation, which my mom encouraged after we were old enough to be familiar with the Godfather films, something like: which child corresponds to which character in the Corleone family?
There was Tom, the Irish adopted consiglieri, who was smart and level-headed but wasn’t a real Corleone.
There was Sonny, a slightly more attractive proposition. His passion and hot-headedness were relatable and appealing, but he died in the first film so wasn’t too much of a factor.
Connie was a nag, a hysteric, who nobody wanted to be; our sister Jill was always obviously Connie.
The worst was Fredo: a soft, pathetic, loser, philandering drunk around Las Vegas. Incompetent and resentful, Fredo envied his younger brother, and felt put upon, mistreated by a world that would not affirm his value.
Which left Michael.
You couldn’t say, “I’m Michael,” and none of us tried. But of course, everyone wanted to be Michael. He was cool. He made all the tough calls. People feared him.

In our early twenties, having landed on these divergent philosophies, we’d had the chance to hash it all out in Tucson, over a series of trips we took together, both of us rolling between one thing and another, with vast stretches of unstructured time on our hands. We talked about climate change, the financial crisis, the price of gold, the value of a college education… These arguments were heated, and we were in almost perfect disagreement, over the sustainability of capitalism mostly, but also other things: the quality of figures like Conrad Black, or Richard Nixon, whether or not Trump could actually be a president.
Through these arguments I came to a hard realization. Tommy, so far as I could tell, would not become more like me, or adopt my humanist concerns. Tommy didn’t think like me.
But also, below our professed values was an unspoken affinity; something which had turned out to be much stronger than either of our ideas. I found this both discouraging and comforting. Wherever you go, whatever you believe, your people are still your people.
Were it not for these conversations, and my access to Tommy and his ideas at this crucial moment, I would be a different, lesser person today: less of a mercenary, but more of a Fredo.

Last year my brother-in-law Brian left his job to work for Tommy. Because Brian is Irish, like Tom, and because we love him like a brother—adopted—for me this was a very strong signal, a forceful parallel with the long-running metaphor of the Corleone family.
If you had told me, in Tucson, that at 33 Tommy would have this undeniable a claim to Michaeldom, I probably would have had a nervous breakdown. But I don’t feel competitive with my brother anymore; he is more me than he is not me.
What else can I say for him?
I like his pace. He makes me laugh. I’m happy to see him settle down with Chelsea. I regret not speaking more about Chelsea here, but really this is more about me, and the theme—bonds that bend but do not break.
And in many ways he is nothing like Michael. Michael, if you all recall from the first movie, didn’t want to be a gangster.

To my baby brother and his beautiful bride!