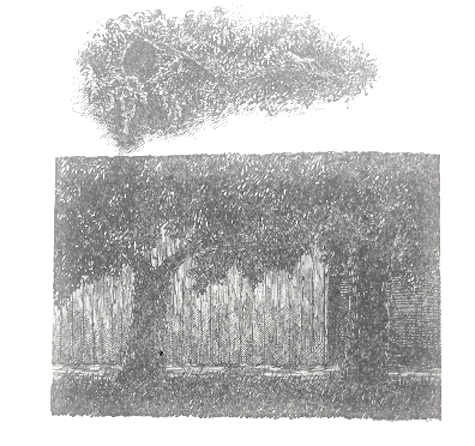 The water where Tom lived was ruined with iron. Tunnels bored into the hills for their coal a hundred years ago had flooded; the walls leached a solid shade of orange into leaf-clogged ditches. A fast, clear river cut past his house, its floor stained something vivid and toxic. A white rag left under dripping faucet went bloodied in hours.
Tom was six years back home in the house his mother had quit. Its roof pitched steeply into an attic that needed cleaning of everything his mother had kept: cast iron sewing machines, books written in a mother tongue Tom never learned, photos of family he never met or didn’t recognize. A woman with Tom’s brow posed next to some men conscripted for war; one where his grandfather in vestments lifted Tom from the river, a baptism into a church he had since abandoned.
His mother never went where he had moved, claiming Tom was too far from the ocean. He told her the things he had learned: how their coal came from when the land was seafloor. He watched bubbles rise in a bag of clear water suspended above her bed.
She refused the hospital until the morning she fell and Tom carried her to the car. Loaded trucks in low gear climbed slowly up the steep hills, their hazard lights flashing. She sat slumped toward him. He told her about the time he was a boy. A single bright red berry had grown in the brush at the tree line. Thinking it something from a book, he ate it.
“You put me in a cold bath,” he said, “to stop the sweating.”
He remembered her footfalls down the basement stairs, where she piled charcoal she kept for the coal burner in the slack of her house dress. She pounded the charcoal into dust against the kitchen counter with the heel of her hand. Tom was in the water shivering, staring at the ridges of the plaster of the bathroom ceiling when she came in with the jar of slurry.
It caught in the throat like ashes. Tom gagged.
“I don’t have any syrup to sweeten it,” she said. “Keep it down as long as you can.”
Tom saw the ambulance awing, the word emergency in bright red letters.
“How’d you know it wouldn’t kill me?” he asked. He stopped the car and turned to see her eyes were closed.
Dead wasps lined the sill of the attic dormer. The house sat on the side of a gully, the river gathering runoff at its bottom. The pane of glass shook in its frame. The coal men hadn’t stopped digging—now they stripped the hilltops with blasts for what left: pockets of coal away from the obvious veins. The other houses sat squatter than Tom’s, their brick chimneys darkened with soot. He could see the water, its surface bright and swelling in the wind.

Dylan Nice’s first book, Other Kinds, was published in 2012. He teaches and writes in Iowa City.