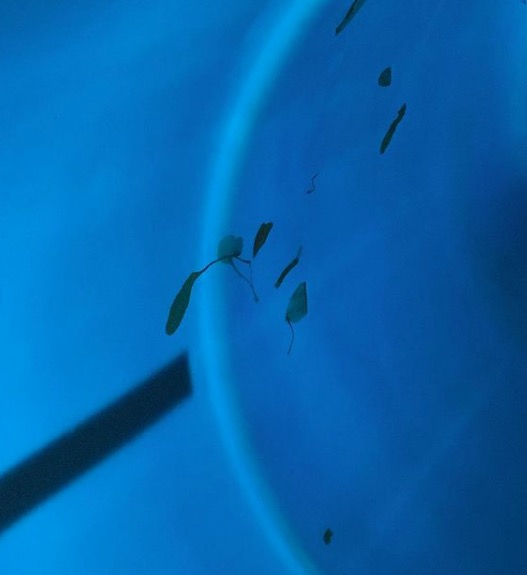 The Cortland’s large kitchen has a deep double-bowled sink and some sort of artisanal blueberry hand soap. I suds up to my wrists but ignore my upper arms, which are coated in a layer of mud from transplanting the brassicas.
I head out to the porch where the baby is refusing all foods that aren’t kale chips or dried sausage. Molly mentioned something about “P foods” that aid in constipation and asks if I brought the lobelia tincture today.
I bring it out from my bag with my lunch.
She thanks me, tilts her head back and counts three drops out loud.
She is trying to smoke less cigarettes.

I wonder if it’s safe to smoke cigarettes while breastfeeding. I wonder if it’s safe to take lobelia while breastfeeding. This is something I should have looked into before offering it to her. It still feels irresponsible to perpetuate the misconception that herbs are “safer” because they are “natural.” I try to think of a way to bring this up, the possible lobelia toxicity, without also sounding judgmental about the cigarettes. I run through a possible dialogue with myself. I pick the mud that’s drying from my arms.
Flakes fall onto the porch. There is fussing and slices of peaches getting slung from the high chair.
No one seems to be paying attention to the ring of dirt forming around me.
I scan the porch, which is lined with hand-made wooden toys and abandoned dishes of bubble soap, and make note of the wind.

It doesn’t seem right to bring up negative side effects now, immediately after a dose, to inflict this anxious thought onto an already anxious person. I open my jar to eat last night’s leftovers, some sort of creamy rice/lentil combo that I topped with nasturtium and cherry tomatoes on the walk up to the house. It is thick with a bite and reminds me of the ice cream flavor I keep meaning to make at my other job.
Ollie returns from Restaurant Depot and offers to share a joint before I go to the basement to jar pickles. It was already lit so I accepted, taking small hits or holding the smoke in my mouth. I am still not used to this medical quality and am also trying to suppress a bout of post-meal panic; a new sensation over the past few months where I convince myself that I have been somehow poisoned or accidentally swallowed bits of glass.

I think of how lucky I am to have this problem, worrying about getting poisoned or swallowing glass, and how working for Molly and Ollie is a dream compared to the last farm, a multimillion-dollar tax write off operation run by Seventh Day Adventists. I was paid eleven dollars an hour to lead their entire harvest and packaging team. There’s also something in Massachusetts agriculture laws that allow a loophole for avoiding overtime pay.

The basement is one of those built out of a hill so that one side is ground level and the other is not. I’ve lived in a few states in the Midwest plus two cities in Texas but have only only seen this in New England. The underground part is an in-law apartment where Molly’s brother lives. He’s in the middle of a custody battle for his son that isn’t going well. I’ve had to cut through his room before when the other entrance to the kitchen was blocked. The floor and walls were hidden by piles of clothes and drawings from his son. One corner was cleared for a cork board with a carefully placed grid of hung sunglasses.
Sometimes I watch him empty his car and throw nips, bruised oranges and griz cans into the dahlias.

It’s a smaller order today, a couple dozen quarts of mild spears, spicy chips and giardiniera, then prepping some scattered specialty items—radish, beets and preserved lemon.
I give my arms a more thorough wash in the farmhouse sink then start to burp the blue drum barrels of sauerkraut.
From the window I see the older child in the yard, slapping his hand on the flat stump of a recently cut birch. Sap pours out at a speed that seems violent. He is giggling and encourages the baby to join him. The baby screams in delight which gets Molly’s attention, who then takes them upstairs to be washed.

I cut lemons into wedges, toss them in a layer of salt and think of those gritty jelly slices. I sort the beets, cutting off moldy edges, then take out the mandolin and rhythmically scrape them into petal thin sheets. The radish gets the same treatment. I weigh and dump them into corresponding five-gallon buckets. I pour water and two kinds of vinegar over the veggies with a half cup of spice and mix with my hands.
The pickling spice stays in the air like pollen. I spend the next few minutes choking on vinegar fumes and mace dust.