What She Could Not Make 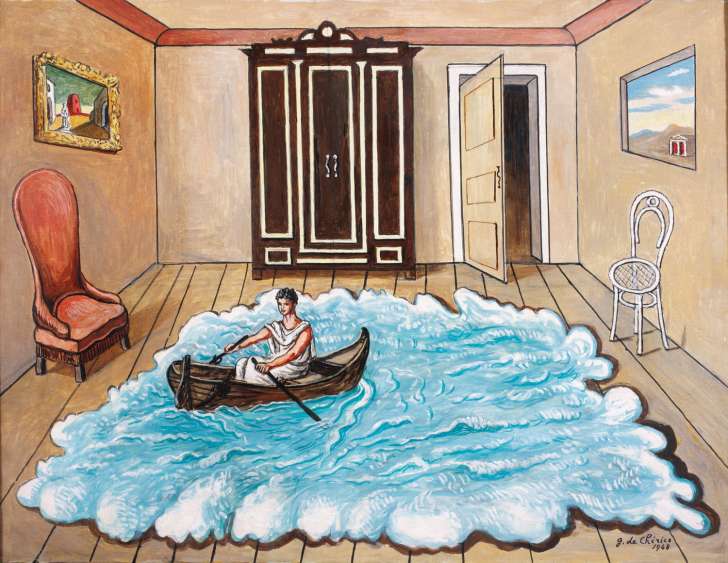 Before she boarded the plane, they rode the bus around a landscape of rusted metal. There had been wine, meat folded neatly within a layer of flour. On their final stop together, she exchanged her money, purchased a book with needed phrases.
On the plane, she did not open the book. There were other ways to survive, by pointing to things, or miming.
When she arrived at night, the husband and wife placed her in a room. The room was cold, dark. She opened her suitcase, put on layer after layer of warmers and sweaters. When she covered herself with two blankets on the futon, she was still cold.
She thought of calling him when she couldn’t sleep. She thought of what they had done after the wine. She had doubted leaving him, but he had not even asked her to stay.
The couple wouldn’t let her make a call, she considered. It would soon be the end of it, so she’d better call now. The couple hadn’t yet taken her phone away.
She dug up her phone through the layers of clothing, but the phone didn’t have any charge left.

She woke up to the sound of someone singing. She smelled eucalyptus leaves. Her feet stuck out of the blanket, numb from cold.
The woman had searched her suitcase, bagged most of her belongings to be taken away. She had left few things for her, brought in a kerosene heater. A kettle of water boiled on the heater. She liked the smell of kerosene.
The woman poured tea in a tiny cup. Brought her rice wrapped in bamboo leaves.
From the window, she could see monasteries on the hills of a white mountain.

After she ate, she went back to her futon to sleep again. But the woman moved closer to her, shook her on her futon.
She did not understand what the woman wanted.
The woman left the room, brought in a notebook with drawings of birds, horses, trees. The woman flipped through the pages, pointed at things, made musical sounds that changed with each page.
She listened, then tried to imitate how the woman sounded.

She looked around the house for a mirror. She wondered if she looked any different now. She was gradually forgetting things.
Every morning, she watched the fog rise to the top of the mountain, the buildings appear and disappear.
She was permitted to leave the house alone once a day. She had to walk to the small lake to bring water back in a bucket.
She watched the woman chop things in the kitchen and cook them on the heater.
She would listen to the woman sing as they looked at the pages.
Her voice started to sound more like the woman’s, though it had a different music to it.
Fog, horse, house, she sang.
She broke the ice on the lake with an ax, carried water back to the house. She chopped wood with the man, watched the red flames of the fire.

The snow on the mountain had melted when the man took her out of the house. The nuns were carrying baskets of food over their heads. The man gave her a long stick, showed her the road to the first monastery. He showed her to strike the ground with her stick when she was in danger.
She passed through a river, jumping from one stone to the next. She walked through woods with trees she no longer recognized.
Somewhere monkeys had blocked the road. A female was scratching the back of a male monkey. A baby monkey was sucking its mother’s breasts.
When one of the monkeys came close to her, she struck the ground with her stick. The monkey backed off. She walked through them slowly so as not to attract more attention.
When she got to the monastery, the nuns filled up a bucket with hot water, rubbed her bloated feet inside the bucket.
In the morning, she woke up with the sound of the monks praying. They had her basket of food ready to carry back. They wrapped the ropes around her shoulders, gave her a pair of boots.
On her way back to the house, she could hear birds chirping on the trees. She was afraid to face the monkeys, so she took a different route.

The sound of the woman woke her one night. It wasn’t the woman’s singing voice. She walked to their room, but when she opened the door, she found the man and woman naked on their futon. The man had the woman’s breast in his mouth.
She walked to the lake though they did not need any water. The couple did not come after her.
She watched the sunlight on grass turning green. Horses roamed on the hills of the mountain.  The stallions nuzzled mares, drank water from the lake.
She, for a moment, remembered the boy.

The days became much longer. She listened to the woman sing.
She drew mountains covered in snow.
She drew horses nuzzling next to a lake.
She drew a house.
A man and a woman.