NO MATTER WHICH WAY WE TURNED 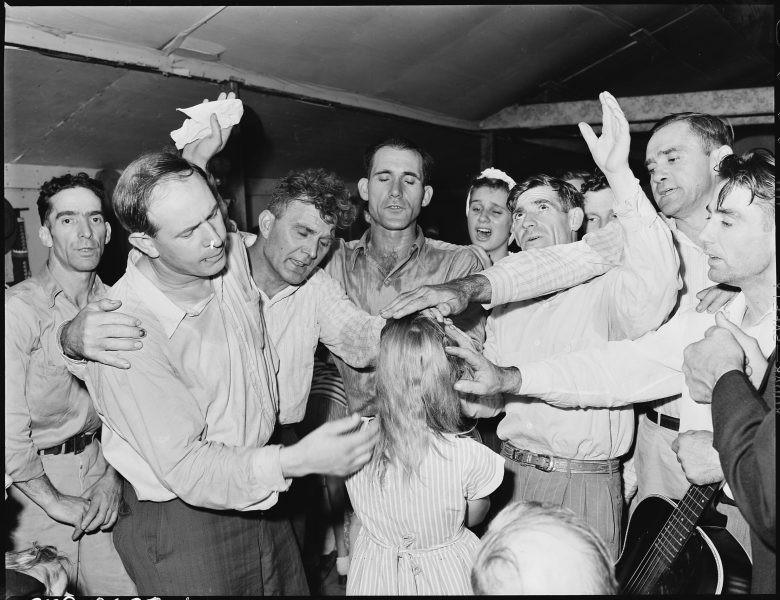 From the Spring 2016 Issue of PEOPLE HOLDING

No matter which way we turned the girl, she didn’t have a face.  There was hair in front and hair in the back—only saying which was the front and which was the back was impossible.  I got Jim Slip to look on one side and I looked from the other and the other members of the lodge just tried to hold her gently or not so gently in place, but no matter how we looked or held her the face just wasn’t there.  Her mother was screaming, blaming us, but what could we do about it?  We were not to blame.  There was nothing we could have done.

Some of the others joined in, but they didn’t come back, none of them.  They left and left us with a girl who, no matter how you looked at her, you saw her from the back.  She didn’t eat or if she did, did so in a way we couldn’t see.  She just kept turning in circles, walking backwards and knocking into things, trying to grab things with the backs of her hands.  She was a whole girl made of two half girls, but wrongly made, of two of the same halves.

After a while we couldn’t hardly bear to look at her.  In the end we couldn’t think what to do with her except leave her.  At first her mother protested and bit and clawed, but in the end she didn’t want to take her either—she just wanted to feel better about letting her go, to have the blame rest on us.

We nailed planks across the door and boarded up the windows.  At Verl’s request, we left the hole in the roof in the hopes they would come back for her.  For a while we posted a sentry outside the door, who reported to the lodge on the sound of her scrabbling within, but once the noise stopped we gave that up as well.

Late at night, I dreamed of her, not the doubled half of the girl we had, but the doubled half we didn’t. I saw her, miles above us, in air rarefied and thin, not breathable by common means at all, floating within their vessel.  There she was, a girl who, no matter where you turned, always faced you.  A girl who bared her teeth and stared, stared.