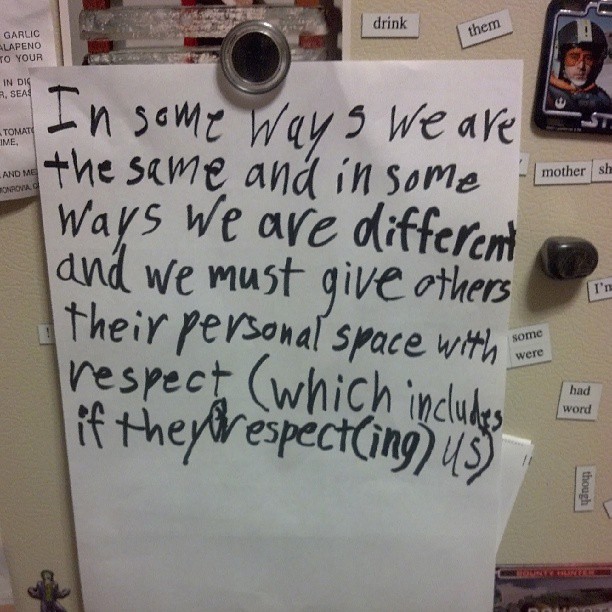 Phil paces his track in an endless loop, a worn swath of floor through the living room, the foyer, back through the kitchen—all because he once mentioned to Lexington Home’s two-bit behaviorist he enjoyed feeding ducks with his mother as a child. “Can we go now?” he says.
He rounds the corner, comes back again with the same anxiety dragging his facial features down. “Now?”
“I know about perseveration,” I say. “Perseveration is like a tire burning out in place.”
“Now?”
“Don’t waste your breath,” the other aid, Eduardo, calls from the living room where most of the residents sit watching reruns of WWE wrestling.
Any other day, Phil would be watching with them. Any other day, he would be sitting cross-legged in his favorite chair, spilling half-caff down the front of his bathrobe. But today he must go feed the ducks.
I refute Eduardo’s hypothesis completely. I believe there is a combination of words capable of solving any problem, that it is just a matter of putting in the effort to find them. There is no waste of breath.
For example, the first time my husband left, I said, “Don’t go.” The second time, “Without your love, I am a plastic bag floating in a dark ocean.” The third, “I am Madonna and you are Sean Penn.” I just had to keep calling, keep texting, until something, or a combination of things, resonated in a way that brought him back.
“Now?” Phil says.
“Let’s take some deep breaths.”
“Now?”
“Have you heard of transcendental meditation?”
“Now?”
“I promise, the passenger van will be right back.”
Eventually, I get bored, slide the stethoscope from my neck, wrap the blood pressure cuff on the kitchen table around my arm, begin pumping. When the cuff tightens, I ease off, marking sphygmomanometer ticks: One-fifty over ninety.
“My goodness,” I say. “That can’t be right.” If Phil’s BP was that high, I would have to call the nurse. They would put him on Statins.
I jab my fingers into my neck, begin counting.
“Now,” Phil says. It sounds less like a question. He lifts the bag of bread off the counter and rounds the corner again. I take my fingers out of my neck, wait for him to loop back around.
I keep waiting.
Eventually, I stand up, follow the track he has worn into the floor from years of this anticipation. I pace through the living room, the foyer, then back around again, unable to find him.
I stand in front of the TV while the other residents attempt to peer around me. “Did any of you see where Phil went?”
“Phil?” Eduardo says, trying to peer around me also.
I notice the front door, slightly ajar.

Outside, the sky is grey, and, coupled with the grey of the sidewalk, everything looks the same. In the distance: a figure shrinks, a bag of bread hanging from his hand.
“Phil!” I say, beginning to jog. “Phil!”
But on a closed track, Phil is one thing. Outside, the guy can really move.
The park is about a mile-and-a-half off. And by the time I reach its perimeter of trees, my racing heart has transformed into a singular vibration in my chest.
I find him staring into the cloudy green water at our usual spot, his breathing somehow calm and steady, the bag of bread still in his hand. “There are no ducks today,” he says.
I put my hands on my knees, wait for my anxiety to pass. It always does. Or, at least, always has. The longer I wait, the more convinced I become it is something heart-related. A long-legged heat creeps across my face.
For the life of me, I cannot remember if my mother’s cousin who died from a heart attack was blood related or not.
“Oh well,” Phil says, upends the bag of bread. He shakes out the crumbs, then stares at them as they float on the murky water with such expectancy that I stare, too.
At first, the water appears skated upon by invisible insects. Then the invisible insects begin cutting impossible shapes, denting the water, causing it to leap and fizz.
“This is all wrong,” I say. I put my hand on Phil’s shoulder. Every surrounding sound feeds into the strangeness; every distant dog bark and car alarm, mothers calling to their children at the playground, the crush of radios. “This is not right at all.”
Then the sun peeks out from behind a cloud. Its amber rays cut into the murk and illuminate the pond’s mystery: an inordinate number of sunfish swarming over the bread. A few thousand, maybe more. The bread almost already gone.
The realization does not help. As their scaly bodies continue churning, I half expect their frenzy to boil over, dissolve me also.
Then I hear Phil speaking. “Just fish. Just Sunnies,” he says. “Nothing dangerous. No spinning wheels. Meditation. Too old for this. No children. No husbands. My favorite armchair. WWE wrestling. Counting numbers. Just counting numbers. Decaf coffee. Until dissolving in ground. Missing mother. Murky water. My facial features coming apart. Wasted breath. Wasted everything. Your life, wasted. Almost gone. The ducks gone. No ducks. Body slam, suplex. Power bomb…”
He keeps repeating this nonsense, in different combinations, at varying speeds, until, finally, the pond smoothes to glass, and my heart returns to normal.